Customs biometrics to be ramped up by 2020 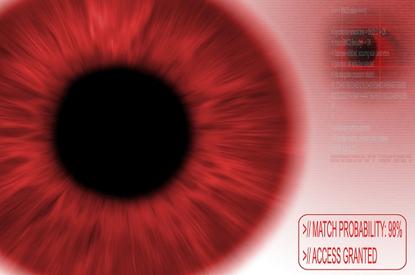 Australian Customs and Border Protection Service (ACBPS) says that 90 per cent of air passengers will be screened using facial biometrics by 2020.

“We have a number of pressures at the border with significant increases in international trade and travel. For us to manage the new demands, we need to do something different,” he said.

“Automation is a real objective, we need to get our officers out of doing high volume, low value activities into targeted activities where we need a human being,” said Brugeaud.

In May, ACBPS began installing the first of its next generation Smartgates at Sydney airport’s international departure.

A total of 92 Vision-Box machines will be installed in departure terminals at Australia’s eight international airports. This will allow users to scan their passport and continue to their flight rather than approach an immigration official for processing.

“That will provide an opportunity for us to apply that biometric matching technology on departures where we hadn’t previously done that. It was very reliant on officers doing face to passport checks,” he said.

“An important part of the overall departure solution is an agreement with airlines to receive advanced passenger information. That ranges from 72 hours before departure through to when the passenger presents at check in. That gives us an opportunity to assess risk more rigorously as people are departing the country.”

The departures automation program will run for 18 months. ACBPS will than look at applying the boxes at arrivals.

“That will include next generation arrival gates. It will improve the way we manage the secondary marshalling point so that there is a more seamless experience with facial recognition. Video will be an important part of that capability,” said Brugeaud.

He said that privacy is an important issue so the agency is making sure it complies with relevant regulations related to storing and sharing biometric data.

ACBPS wants to increase biometric data sharing with other countries.

“We want to protect both ends of the sharing arrangement with a simplified arrangement where we get a red or green light rather than any details about individuals that might be of interest,” he said.

Brugeaud said that the ACBPS and Department of Immigration and Border Protection will formally merge on 1 July 2015.