AdBlock Plus again declared legal by a German court 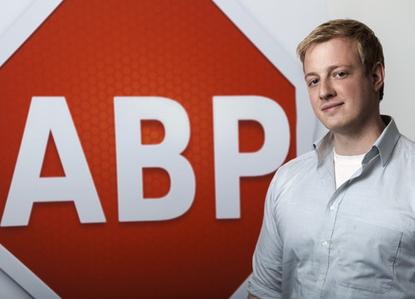 Till Faida, CEO of Eyeo, the company behind Adblock Plus.

For the second time in two months a German court has ruled that Adblock Plus, the browser extension for filtering ads, is legal.

On Wednesday the Munich Regional Court ruled against media companies ProSiebenSat1 and IP Deutschland, the company behind media group RTL. The companies sued Eyeo, the company behind Adblock Plus, and wanted the court to ban the distribution of the free ad-blocking software, claiming it hurts their ad-based business model.

Adblock Plus lets users block annoying ads. It does however let some "acceptable ads" through the filter, a practice the company has been criticized for because it lets companies like Amazon, Google and Microsoft pay to get on the filter's white list. The plugin lets users block all ads if they want to, though.

The Munich court ruled that making and distributing ad-blocking software is not anticompetitive, since users decide on their own to install the software.

What's more, media company's copyrights are not violated when individual users visit freely available websites while blocking advertising, the court said. Copyrights are not infringed even if the site owner does not agree with the use of ad-blockers, it ruled.

It also found antitrust laws were not violated because Adblock Plus has no dominant market position.

Eyeo's victory follows an April decision by the Hamburg Regional Court, which ruled that it is legal to make software to block ads. It dismissed complaints from German newspapers Zeit Online and Handelsblatt, which had also argued that Adblock Plus illegally interfered with their ad-based online business models.

Eyeo's spokesman Ben Williams called the Munich court's decision "another win for every Internet user." It confirms that each individual has the right to block annoying ads, protect their privacy and, by extension, determine his or her own Internet experience, he added.

The company said it will keep working with publishers, advertisers and others to encourage the use of non-intrusive ads.

ProSiebenSat1 called it a sad day for Internet users. "AdBlock Plus jeopardizes the financing options for all free internet sites," it said.

The company still feels ad blocking is inadmissible under copyright and antitrust laws and maintained that the practice is an anticompetitive attack on media diversity and freedom of the press. It will review its options for an appeal and further legal action against Eyeo, it added.

IP Deutschland did not immediately respond to a request for comment.