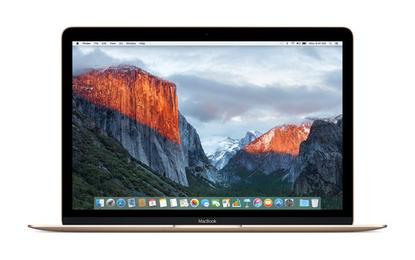 Developers who build extensions for Safari will have to choose between paying Apple and having their browser add-ons pulled from the company's extension gallery later this year, thanks to policy changes the company announced Monday.

Apple has consolidated its developer programs for iOS, OS X and Safari into one Apple Developer Program that costs $99 a year to join. That's tough news for Safari extension developers, who were previously able to distribute their browser extensions for free through Apple's extension gallery if they signed up for the no-charge Safari Developer Program.

Starting with the launch of OS X El Capitan later this year, only Apple Developer Program members will be eligible to distribute their extensions through the Safari Extension Gallery, a central repository of add-ons for Apple's browser.

It's an interesting change, and one that makes Apple stand out among its competitors. None of the browsers that compete with Safari charge for admission to their extension development programs, which makes Apple the odd firm out in a highly competitive field.

Stefan Van Damme, developer of the popular "Turn Off the Lights" extension, said he'll pay the €80 developer program fee to ensure that his extension will still be available for El Capitan users. That said, he hopes that Apple will create a new free developer account option for developers of open-source browser extensions.

Developers can still distribute extensions outside of the Extension Gallery, but they will miss out on the benefits of Apple's distribution system. Safari's menu includes a link to the gallery, and only extensions distributed there are eligible for automatic updates, through a new feature coming in El Capitan.

The developer program change comes alongside a series of improvements to Safari that will also be a part of El Capitan. Developers can create an extension that sends items to Safari's Shared Links toolbar (which also pulls in content from social networks like Twitter and LinkedIn) in the new version of OS X, and new Content Blocking tools make it easier to build an extension that stops developer-specified content like cookies, pop-ups and more. Apple will also host and review all of the Safari extensions in its gallery to provide better security for users.

Bringing extension developers into the Apple Developer Program should provide Apple and consumers with a number of benefits. First, it will encourage ongoing development of extensions, since developers will have to re-up their commitment to the program every year in order to continue distributing their add-on. The fee isn't an insurmountable hurdle for people who really want to create Safari extensions, but it would dissuade developers from building the first version of an extension, and then just leaving it to take up space in the extension gallery.

Finally, it will help Apple keep a lid on malicious extensions that could hurt a user's browsing experience, in large part because Apple will now be hosting the extensions that are distributed through the gallery. The company can check extensions for malicious code before distributing them and will be able to bar developers from the Extensions Gallery if need be.

Its fees may be unique, but Apple isn't the only browser maker that wants more direct control over extensions. Google recently barred all Chrome users from installing extensions that aren't distributed through the Chrome Web Store (which doesn't charge developers for participation) to cut down on malicious activity.