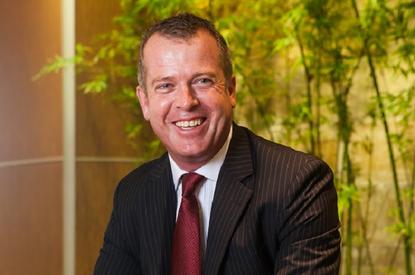 SAP has found a new Australia and New Zealand COO from its internal ranks with the appointment of Jim Fisher.

Prior to the promotion, Fisher was in charge of SAP Southeast Asia’s global partner operations business.

He replaces John Ruthven who was promoted to president and managing director of SAP A/NZ in May 2015.

Ruthven took over from Andrew Barkla, who originally joined SAP ANZ in 2012. Barkla was set to "take on a new leadership role outside the industry" the company said in a statement at the time.

Fisher has more than 20 years’ experience in the IT industry, managing and directing sales and marketing operations teams throughout the Asia Pacific and Japan region. His previous roles include vice president of channel sales for CA Technologies APJ and managing director at Information Advantage Australia.

“It is an exciting time to work with Australian and New Zealand organisations as they continue on their path of digital transformation,” he said in a statement. “When it comes to innovation, there are a number of first movers here across technologies such as cloud and the Internet of Things.”