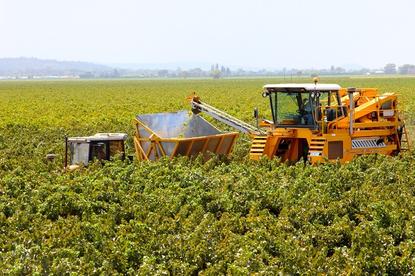 Despite the support cut-off for the operating system drawing near, there are still around 115,000 servers in Australia that are running Windows Server 2003, according to an estimate produced by HP.

Microsoft has set 14 July as the end-of-support date for the server OS.

“There will be no incident report and you could get penalised for having non-compliant software. You have software that is not supported and that’s a vicious cycle,” said Thakur.

The approaching end of life for Windows Server 2003 was one of a key driver for Southern Estate Wines in Griffith, NSW, to migrate from the OS.

Existing IT equipment was starting to show its age, and Southern Estates Wines executive director Andrew Dal Broi said he was concerned that a lengthy migration process could affect the running of the winery.

Microsoft partner, Traction IT, helped with the migration away from the OS. Three servers were replaced with Windows Server 2012 R2 Hyper-V running four virtual hosts. The virtual servers are running Office 365.

The winery’s head office is based in Melbourne and uses Windows 2012 Essentials Server.

Dal Broi’s goal is to utilise the cloud so that employees can access information wherever they might be working.

“Winemaking is very process driven; you have to record and have an audit trail for all your wines," he said.

"We need to be able to access this from anywhere. Now, I could be in a sales meeting in Germany and be able to pull up any particular wine, and have all the analysis right in front of me. This simply wasn’t possible while we were operating on Windows Server 2003,” he said.

Traction IT director Brett Mason said that companies that need to migrate from the operating system should be reaching out to their IT provider now.

“Change doesn’t necessarily mean a great degree of difficulty or spend,” he said.

“Some people look at IT as a cost as opposed to an enabler and the key is to look this as an opportunity to put their business on another platform where they can leverage other technologies whether it is cloud or a more reliable internal function.”

“Having that [July] deadline is a great reason to look to make a shift. A business stuck in those Windows Server 2003 days is just going to fall behind,” Mason said.

Dal Broi added that he has been involved with many IT migrations but this was one of the most pain-free projects of his career.

“More time was spent walking around the winery rounding up hardware than actually [being] offline, performing the migration.”

The winery will soon be able to use the National Broadband Network which is rolling out to Griffith this year, he said.

The company will begin moving existing applications into the cloud, with the NBN allowing reliable access to data from both the winery and Melbourne head office.

“The changes we’ve put in place have enabled us to access everything remotely, which has allowed us to scale up, future proof the business and scale at a moment’s notice without even thinking about the technology,” Dal Broi said.