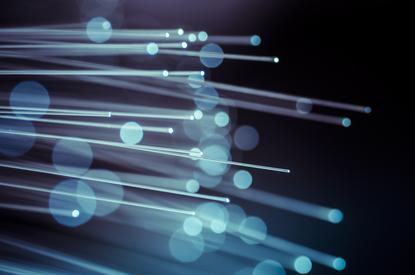 The ACCC is currently conducting an inquiry into regulating broadband networks that could potentially compete with the rollout of the National Broadband Network.

The inquiry follows on from an ACCC announcement last year that it wouldn't step in to prevent TPG rolling out fibre-to-the-basement services.

Although 'anti-cherry-picking' laws protect the NBN from infrastructure-based competition (at least when it comes to targeting small business and residential end users), a loophole allows the extension by up to a kilometre of existing networks.

TPG took advantage of that loophole to begin rolling out FTTB services in high-value metropolitan areas.

After the ACCC said it wouldn't halt TPG's rollout, Communications Minister Malcolm Turnbull issued a new licence condition for telcos, under which network operators rolling out 25Mbps+ broadband are forced to resell their services to rivals.

The licence condition expires at the end of 2016, and the government made clear it was intended to be an interim measure.

The ACCC's current inquiry into declaring a 'Superfast Broadband Access Service' (SBAS) is an attempt to produce a long-term regulatory solution.

Declaring a service allows ACCC regulation of it under Part XIC of the Competition and Consumer Act 2010.

A particular issue that makes the rollout of FTTB infrastructure outside of the NBN (which is limited to a wholesale-only role) so vexed are the technical problems involved in multiple network operators delivering services to so-called multi-dwelling units (MDUs) such as apartment blocks.

"The technical performance of a vectored VDSL2 network is optimised if only a single carrier connects fixed-lines from a node to premises and then accesses internal cabling in those premises," states the explanatory statement accompanying the carrier licence condition issued in 2014.

"There will be a clear advantage for any carrier that is the first to connect vectored VDSL2 to a multi-dwelling unit or business centre. That carrier would have first access to the internal cabling.

"Although a second carrier could conceivably seek to deploy vectored VDSL2 from the same location and use the same cable bundle, this would lead to a significant reduction in technical performance for all vectored VDSL2 networks running from that node.

In May the ACCC issued a discussion paper as part of its current inquiry.

Non-confidential submissions on the discussion paper were published this week.

In its submission, Vocus said it supported the ACCC regulating superfast broadband networks. However it added that "networks that do not target residential customers and do not exhibit natural monopoly characteristics should not be subject to the SBAS declaration as it is likely to impede rather than promote competition".

The SBAS declaration should be "carefully drafted to limit application to the type of network that prompted the regulatory need" — "i.e. vectored VDSL2 networks or other networks where the particular technology utilised impedes competition and which exploit the 1 km exemption."

Macquarie Telecom said that "with the development of vectored VDSL technology ... infrastructure based competition is not possible over the existing in-building copper infrastructure."

"Once one provider moves first into a multi-tented building to provide superfast broadband over the existing in-building copper network, the whole building becomes incontestable for other providers.

This isn't an issue in large office buildings in CBDs that have existing fibre infrastructure. But many businesses, including SMBs and branch offices of larger organisations, are based in buildings that only have copper infrastructure and thus are a natural candidate for vectored VDSL, the telco said.

The submission said that Macquarie supports the declaration of the SBAS. However, it said the telco also supports abandoning regulation based on customer type.

"[A]s the SBAS is a wholesale service, the access provider should be indifferent to the wholesale customer's end-user type (e.g., residential and small business customer, SMEs and larger corporate and government customers)," its submission stated.

"The ACCC must ensure that the scope of such a declaration is broader than the Carrier Licence Conditions and covers all superfast broadband networks regardless of the end-customer type," the telco's submission says.

The description of the superfast broadband access service should be "speed neutral" and "capture all speeds provided by an access provider connecting VDSL2 / vectoring technology to existing copper networks".

Telstra said that the declaration of the SBAS is in the long-term interests of end users "provided that the service description is defined to apply only to those carriage services where there is a technical or commercial limitation to the provision of equivalent broadband services to end-users".

"That is, declaration should be restricted to apply only to those superfast carriage services where it is not possible to provide an alternative service (either at all or without degrading existing services resulting in sub-optimal outcomes for consumers)," the telco's submission stated.

Its proposed description of the service to be declared by the ACCC is one delivering 25Mbps+ speeds to a residential end user employing spectrum above 2.2MHz on metallic twisted pair cable (which would exclude services such as ADSL that can potentially get 25Mbps+ speeds using multiple bonded twisted pairs). (That service description was developed by a working committee of the Communications Alliance.)

"Due to the existence of the NBN, other superfast broadband networks are not likely to represent enduring bottlenecks in the classical sense," iiNet stated.

"However ... there is a specific problem as regards vectored VDSL 2 networks in circumstances where the 'first in best dressed' operator is not NBN Co or another wholesale only open access provider."

The SBAS should have the same scope as the carrier licence condition issued by the government, the ISP said.