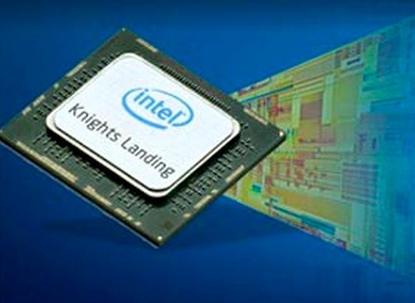 Hewlett-Packard is using new processor and network technologies from Intel to build server systems that aim to expand high-performance computing into new markets, including big data workloads at large enterprises.

The companies hope to take High Performance Computing (HPC) beyond its traditional niche in areas like oil and gas exploration, financial services and life sciences and extend it to new markets including retail, personalized medicine and even police work.

Those components will allow HP to offer a wider range of HPC configurations, including some that HP will tailor for particular industries, said Bill Mannel, who runs the HPC & Big Data business unit at HP. They will also allow it to boost performance for existing customers.

The work with HP isn't exclusive, so expect Dell and Lenovo to employ the technologies as well. In fact, Intel says more than 50 system builders will adopt them, with the first systems coming to market later this year.

Xeon Phi is intended to address that. The Knights Landing version will have as many as 72 cores, with two vector processing units per core, Charles Wuischpard, head of Intel's HPC division, told reporters in a briefing last week. Intel will demonstrate the new chip in Frankfurt this week at the International Supercomputing Conference, where the announcements with HP are being made.

For certain applications, such as video transcoding and seismic processing, workloads can be broken up and spread out over those many cores, speeding overall throughput, Manning said.

The faster chips need a network that can keep pace, and Intel says its Omni-Path technology offers a switch messaging rate up to 73 percent faster than InfiniBand EDR. It's an evolution of the True Scale Fabric that Intel acquired when it bought QLogic's InfiniBand business several years ago.

Omni-Path will be available in commercial systems in the fourth quarter, Wuischpard said, and Knights Landing is expected to follow soon after. HP isn't giving a ship date yet for its new servers. It wants to offer something differentiated from other vendors, including potentially unique processor models with its water-cooled systems. It seems likely they'll be out in the first half of next year.

It expects to deploy the new Intel technologies up and down its HPC line. For its high-end Apollo 6000 and 8000 systems it will use an Omni-Path "switch blade" that sits inside the server enclosure, allowing it to get maximum performance. For the Apollo 2000 at the low end, it will probably offer an external top-of-rack switch, though it's still figuring that out, Mannel said.

One emerging area that can benefit from HPC is deep learning, a type of advanced computing used by Google and Facebook for tasks like image recognition and natural language processing.

Other industries are starting to see value in deep learning, according to Mannel, including large retailers who are using it to identify patterns in customer buying behavior, and police departments that can use it for facial recognition.

Hospitals are also using deep learning for "precision medicine," he said, where they analyze the genome to figure out more precise treatments and therapies for patients. "It's big data, but it's also about performance. You want to get results quickly so you can start treatments quickly."

One challenge is that few businesses have expertise with HPC clusters, so Intel and HP are opening a new center in Houston where potential customers can work with them to figure out which applications are suitable for the new architecture and build proof-of-concept systems. The Texas center will complement an existing one in Grenoble, France.

Software also needs to be ported to take advantage of Xeon Phi's many cores. Intel didn't do a great job providing tools for that with earlier versions of the chip, Wuischpard admitted, and this time around it will have an improved SDK with scripts, sample code and more, he said. It will talk more about that at Intel's IDF conference in September.

The new HPC technologies are part of what Intel calls its "scalable systems framework." In April, it said the framework will be used to build a supercomputer called Aurora for the Department of Energy that will be delivered in 2018 and have a peak performance of 180 petaflops.

"Rather than building just big, one-off systems, the idea is to take those technologies and learnings and make sure they're available across the entire industry," Wuischpard said.