'The race is on to the exascale milestone,' one analyst says 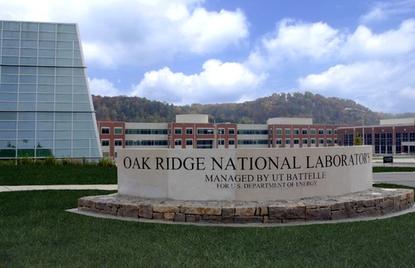 Hard on the heels of the publication of the latest Top 500 ranking of the world's fastest supercomputers, IBM and Nvidia on Monday announced they have teamed up to launch two new supercomputer centers of excellence to develop the next generation of contenders.

Created as part of IBM's supercomputing contract with the U.S. Department of Energy, the new centers will be located at Lawrence Livermore National Laboratory and Oak Ridge National Laboratory and will focus on development of the forthcoming Summit and Sierra supercomputer systems, which are expected to be delivered in 2017. The Summit supercomputer will be housed at Oak Ridge, while the Sierra will be situated at Lawrence Livermore; both are due to become operational in 2018.

The announcement was made at the International Supercomputing Conference going on this week in Frankfurt, Germany.

"Clearly the United States is stepping things up with these new supercomputers," said Steve Conway, a research vice president for high-performance computing with IDC. "The race is on to the exascale milestone."

The systems will also follow an OpenPOWER design concept, enabling collaborative innovation and sharing with other members of the OpenPOWER Foundation.

Uses for the new machines will focus on scientific research in areas such as energy, climate research, cosmology, biophysics, astrophysics and medicine, as well as nuclear security and other national security interests.

The first prototypes of the advanced supercomputers are expected to be available to system developers and application writers late this year.

A third next-generation supercomputer is also forthcoming from Cray and Intel, Conway noted. It will be housed at Argonne National Laboratory and is expected to be even bigger than Summit or Sierra, he said.

"Over the past several years, top national leaders have been recognizing that supercomputers are crucial not only for science but also for the economy and for industry," Conway explained. "We're seeing this happening all over the world."

Discussions of big data are also increasingly including high-performance computing as part of the package, further elevating the importance of supercomputing, he added.

Whereas the high-performance computing market amounted to about US$2 billion worldwide in the early 1990s, it was valued last year at $21 billion, Conway noted.

"It has now gotten to be of a size that's really interesting to large companies," he said, "especially as growth in the enterprise server market has flattened."

Today's supercomputers can cost up to $550 million each, Conway said. Still, more than 100,000 of them are now sold each year, and because of their increasing use of commodity technologies, the vast majority of them cost less than $100,000.

"They used to be like muscle cars with lots of custom technology, but today they're more like family sedans that make use of a lot of commodity technologies from companies like Nvidia and Intel," Conway said. "The good news is that because of these commodity technologies, sooner or later the work these guys are doing on the really big supercomputers is going to wash right down through the market."

Though China may be sitting in the No. 1 spot on the Top 500 list, "the United States still remains in a leadership position," said David Bader, a professor in the School of Computational Science and Engineering at Georgia Tech University.

To wit: China's leading Tianhe-2 contains more than 3 million cores, and all of them are made by Intel, he pointed out.

The technologies in many or most of the world's fastest machines, in fact, are made by U.S. companies including IBM, Cray, AMD and Nvidia, he said.

Bader co-leads the Graph 500, another high-performance computing benchmark that's meant to complement the Top 500 by focusing on data-intensive applications. In the latest Graph 500 list, which was also released Monday, the No. 1 spot went to the K computer at Japan's RIKEN Advanced Institute for Computational Science, while second place went to IBM's Sequoia at Lawrence Livermore. Mira, another IBM Blue Gene/Q system at Argonne National Laboratory, came in third.

"All of these are impressive systems," Bader said, "but our list was dominated by IBM's Blue Gene/Q in terms of this new analytics processing."