Massachusetts examining how Uber, Lyft cater to the disabled 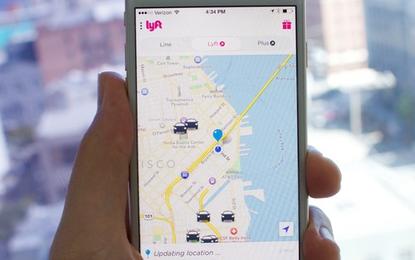 The Massachusetts attorney general's office has launched an examination into how Uber and Lyft cater to people with disabilities, potentially creating more regulatory problems for the ride-hailing companies.

Uber and Lyft have both faced lawsuits accusing them of denying service to the disabled, but the Massachusetts probe could be the first time a state attorney general has taken up the matter.

The examination will focus on whether the companies properly cater to people with disabilities, be they physical, visual or hearing related, a spokesman for the AG's office said Friday. It will look at the companies' apps as well as their vehicles, including whether they provide cars that are wheelchair accessible.

While the probe is focused on Massachusetts, it could be linked to other states if they launch their own inquiries.

In California, regulators want rider accessibility data from Uber as part of their broader efforts to assess the impact of the company's business. The California Public Utilities Commission fined the company more than US$7 million this week after it failed to hand over certain data, including the number of people with disabilities who requested rides.

"We regularly speak with disability advocates, policymakers and community members to talk about the ways we've worked to make Uber accessible to riders and drivers with disabilities," an Uber spokeswoman said in a statement. "We have teams dedicated to continuing to expand that access further for the disabled community in Massachusetts and nationwide," she said.

In some cities, including Los Angeles, Chicago, and Washington, D.C., Uber offers a service called Uber Assist, with drivers trained to assist people with disabilities. In cities including New York and Los Angeles, Uber also offers the UberWAV option, which lets people request vehicles that can accommodate wheelchairs.

Uber is also working with groups like the National Federation of the Blind to get feedback from the blind and visually impaired.

Lyft's app offers a mode to let people request vehicles outfitted to accommodate wheelchairs, though in some cases the vehicles must be booked 24 hours in advance, Lyft says on its website.

A Lyft spokeswoman said the company welcomes the opportunity to work with local leaders to increase mobility and access to transportation options, in Massachusetts and elsewhere.

News of the Massachusetts examination was first reported by Reuters.