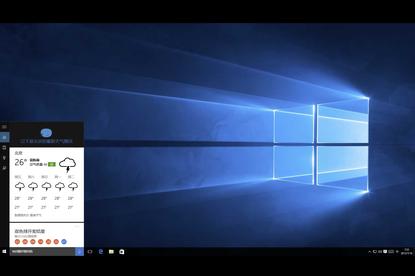 Microsoft is expanding the number of markets where Cortana will be available.

Microsoft revealed this morning that its digital personal assistant, Cortana, will be available to Australians in the not-too-distant future.

Windows 10 will see the desktop debut of Cortana, which was originally released for Windows Phone and has Siri-style support for voice recognition.

A Microsoft spokesperson said that Cortana will be available "this winter" for Australian members of the Windows Insider Program.

When Windows 10 launches on 29 July, Cortana will be available for users in the US, the UK, China, France, Italy, Germany and Spain.

Members of the Windows Insider Program in Japan, Canada (both English- and French-speaking), India (supporting English), Brazil and Mexico will also get access to Cortana soon, according to Microsoft.

"Cortana is customized to reflect the local language, idioms and speech patterns of each country," Marcus Ash, group program manager for Cortana and search at Microsoft's Windows PC, Phone and tablet group, wrote in a blog entry.

"We craft Cortana's local personality based on insights about each culture while at the same time staying true to the foundational principles that are universal to all markets: Cortana is positive, confident, intelligent and transparent."

In addition to bringing Cortana to desktop PCs, Microsoft is bringing it to Android and iOS.

The Android version was due to coincide with the release of Windows 10, but was leaked early.