Customers can opt-in and take advantage of offers from merchants 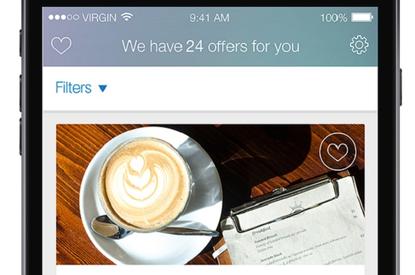 A mockup of the CommBank Offers app.

The Commonwealth Bank of Australia (CBA) will be running a trial of its new 'Offers' app with Westfield owner Scentre Group.

The app will allow customers to opt-in to receive tailored offers from merchants such as discounted coffee and food.

The trial will take place in August at one Westfield location which is yet to be announced.

CBA retail products and strategy executive general manager Angus Sullivan said the focus is on making sure that customers get timely and relevant offers.

“If I want to participate in that offer, I slide to the right and it will open up the app,” he said.

Customers will be able to pay for the offer using their credit/debit card or cash.

Scentre Group general manager Bill Burton said that it will only send targeted offers to customers.

“We get strong feedback from our shoppers that they want deals that are relevant to them,” he said.

Following the beta, there are plans to roll out the Offers app nationally to Westfield sites.

CBA today also announced the launch of a Loyalty feature in its CommBank app.

It is currently available on Android with an iOS version available in the coming weeks.

The feature allows customers to store all of their loyalty cards – such as Medibank and Flybuys — in the app.

Customers scan the barcode of their physical loyalty cards and add it to the CommBank app to make a virtual copy.

They can then use the app to display the card's barcode at the checkout, then pay for purchases using Tap & Pay.

Sullivan said it would look to increase the number of retailers taking part in the Loyalty app over time.