Devices will be used to scan barcodes 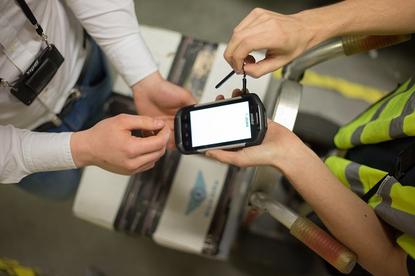 Logistics company Mainfreight will roll out 1500 TC75 Android scanning devices in Australia and New Zealand by the end of the year.

The Zebra Technologies 4G LTE devices will be used by employees to scan barcodes, even if the labels are damaged, dirty or poorly printed.

The scanners can also capture photographs of freight in the open or in confined spaces. In addition, the devices allow customers to sign using gloved hands, a stylus or their fingers.

The devices will be replacing Mainfreight’s Motorola MC70. Motorola Enterprise Business Solutions was acquired by Zebra in 2014.

Mainfreight company has been using portable scanners since 1991 and the TC75 will be the fourth refresh since then.

Mainfreight group IT manager Kevin Drinkwater said the device is a significant step up on its existing equipment.

“It will also enable us to introduce future functionality that is well beyond what we could deliver today,” he said in a statement.

According to Zebra, the TC75 is dust-tight, can survive immersion in water and eight-foot drops onto concrete.