Pencil in September 9 for new iPhones

Apple will host its annual iPhone event on September9, where it will unveil new smartphones and perhaps a revamped Apple TV. 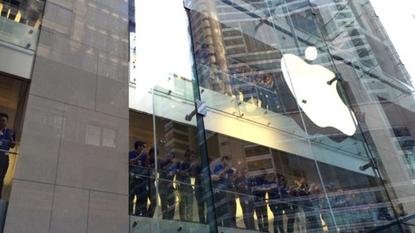 Coming soon to an Apple store near you - new iPhones

Apple will host its yearly iPhone event on Wednesday, September 9, where it will unveil new smartphones and perhaps a revamped Apple TV, according to a report.

"The company intends to hold a special event the week of September 7, with Wednesday the 9th being the most likely date," said BuzzFeed's John Paczkowski, who when he was with Re/Code and before that, the Wall Street Journal's AllThingsD website, correctly pegged several years' worth of presentation dates.

While Apple's timing has become predictable, a Wednesday event would be a day later in the week than the last two years.

Wednesday is more likely because of the late Labor Day holiday in the US, which falls on September 7. Apple probably pushed the event back a day because of that holiday; if it had held it Tuesday, its own teams would have had to work on the off day to prepare, and the invited reporters and analysts would have had to travel on Labor Day. The same issue will also pop up in 2016.

Apple probably ran its iPhone 5 event on a Wednesday in 2012 to avoid the September11 anniversary of the 2001 terrorist attacks on New York City and Washington, D.C.

The next available Tuesday for an unveiling, September 15, would mean an on-sale date of September 25, which is later than normal. By opening sales the week before, Apple will be able to book that many more units into its third quarter - which ends September30 - an important consideration since the company generates the bulk of its revenue from the iPhone.

Because Apple introduced redesigned iPhones last year - the 4.7-in. iPhone 6 and the 5.5-in. iPhone 6 Plus - it's unlikely to change the form factor: The Cupertino, Calif. company tends to refresh the exterior of its smartphones every two years. The lack of widespread leaks of the size and shape of the new devices, those leaks largely driven by light-fingered workers at iPhone component makers, also points to a no-change year for the iPhone.

Apple will probably name the new devices by adding an "S" to the current names to make the iPhone 6S and iPhone 6S Plus. An alternative, the iPhone 7 and iPhone 7 Plus, would be a departure for the firm, which increments the numeric part of the name every two years as well.

Also on the slate, according to Paczkowski and others, is a revamped Apple TV, the company's set-top box that has stuck with the same form factor since 2010, when then-CEO Steve Jobs unveiled a much smaller design. Apple TV speculation has centered around a slimmer case, the more powerful Apple-designed A8 SoC (system-on-a-chip) and support for Siri, the company's voice-driven search and personal assistant.

Apple will probably live-streamthe hours-long presentation. Apple will not want to repeat the technical difficulties it had last year during the iPhone 6/6 Plus and Apple Watch event, when the webcast broke down under constant interruptions, black screens, failed audio, and what sounded like a Chinese translator talking in the background for almost a quarter of the webcast.