Slack cofounder: 'We didn't have a sense of the scale it could grow to'

In the two years since its beta launch, Slack has juggled explosive growth, formidable competition and the need to cater to CIOs 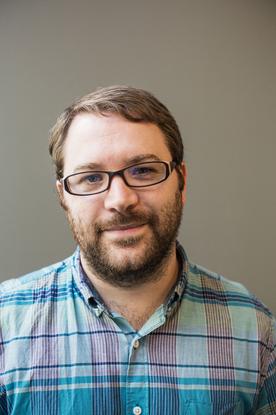 If there's anything Cal Henderson knows about, it's scaling technology to keep up with extremely rapid growth.

As cofounder and CTO of Slack, maker of the wildly popular cloud-based team communication software by the same name, Henderson has seen the technological demands on his company skyrocket since it launched into beta two years ago Friday.

Among his challenges: Scaling both technical capacity and culture while hiring 60 engineers in 12 months and expanding the technical infrastructure to accommodate the demands of a user base that grew to 750,000 daily active users in a single year.

Having grown from 10 or so employees to more than 200, the company counts Adobe, Airbnb, BuzzFeed, Dow Jones, eBay, Expedia, Intuit, Paypal, Samsung and Salesforce among its customers.

Henderson, who formerly led engineering at Flickr, has had his hands full.

Privately held Slack has been the subject of considerable excitement both among users and among investors, resulting in a stratospheric valuation some say is overblown. In many ways, its growth has been just as surprising to Slack's leaders as it has to the outside world.

"It's not like we had some amazing grand plan and it's all working out as expected," Henderson said. "We didn't have a sense of the scale it could grow to."

Part of the reason for that is the company's roots at Flickr in the consumer side of technology. All four Slack cofounders came from the photo-sharing site, including CEO Stewart Butterfield, who was one of Flickr's cofounders.

"As a team, we didn't really know anything about making enterprise software," Henderson said. "We came at it from a consumer point of view -- out of the gate, we weren't trying to sell it to CIOs or IT departments."

Henderson credits luck and timing for a big part of Slack's success, as the rise of both the cloud and personal messaging tools like WhatsApp made potential users more accepting on both fronts. With apps for Mac, Windows, Android and iOS, Slack's software as a service (SaaS) offers real-time messaging, archiving and search. In essence, it's designed to replace email as the primary tool for team communication, but it's by no means the only company with its eyes on this space: HipChat and Microsoft's Yammer are two direct competitors, and companies including Google, Box and Quip are vying for a stake as well.

The company opted not to advertise in its first year so that it could focus on serving the users it gained organically and refine the experience. "We were struggling to keep up with the growth," Henderson said.

The cloud, however, has made things easier than they would have been otherwise, he noted. Running a large infrastructure with on-premises equipment means large upfront costs and overhead, Henderson said: "You have to have a good sense of what you'll need for the future."

Slack, on the other hand, chose Amazon Web Services. "It allowed us to experiment," he said. "It reduces the ramp-up time and has definitely saved us money and time to manage the thousands of servers that Slack uses. You don't have as much control over the hardware, but at our scale it's been hugely beneficial for agility."

Slack has also made a deliberate decision to use "slightly boring" technologies to power its product, he added, such as the open source LAMP stack including Linux, Apache, MySQL and PHP/Python/Perl.

"When you're building a large infrastructure, you only have so many points to spend on interesting technology before you get overwhelmed," Henderson said. "We're trying to make a product that just does its job, and that's orthogonal to trying out the latest shiny new toys."

There have been some bumps along the way, including some memorable outages and a hack attack earlier this year.

Nevertheless, rather than technological, Slack's biggest challenges as it has grown have been organizational ones, primarily as a result of the focus it's had to have on hiring, Henderson said.

"You work in a very different way when it's just five developers," he explained. "It's a constant evolution -- as soon as we figure out the best method, we've grown again and it no longer applies."

Then, too, there's the fact that enterprise software is not typically considered as "sexy" as consumer software is, making it more difficult to attract developers.

"While we are not competing with Facebook, Google or Microsoft as a product, we are at a hiring level," Henderson pointed out.

Among the best decisions the company has made on that front, he said, is emphasizing the company's values in its hiring efforts, including empathy and courtesy.

"When people use Slack, it's eight hours a day," he said. "Slack's goal is to make people's working lives more simple and more productive. We focus on whether potential employees are interested in making it a really good experience."

Careful hiring, in fact, is where Henderson would encourage other rapidly growing startups to focus as well.

"Whatever your product is at launch, you'll hopefully be making it better over time," he said. "You could double your staff overnight, but the team you build now is the one that will be making those changes in the future."