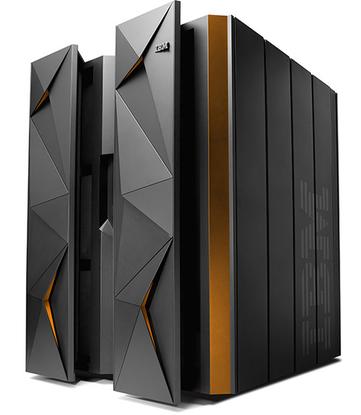 IBM is looking to boost its mainframe business with a Linux push that includes new hardware, software and the founding of the Open Mainframe Project. The company is also contributing mainframe code to the open source community.

The way enterprises run their IT systems is going through major changes thanks to public clouds and the virtualization of the data center. These developments have had a ripple effect on all types of enterprise software and hardware, including the mainframe.

The mainframe has seen a bit of resurgence since IBM launched the z13 in January, its first new mainframe in almost three years. The refresh cycle has been stronger than expected, market research company Gartner recently said.

To build on this success, IBM is stepping up its efforts to attract more enterprises, and Linux is the key building block. The company wants more corporate analytics and hybrid clouds to run on its mainframes. To help make that happen, IBM on Monday introduced Linux mainframe servers, the Emperor and the Rockhopper, under the new LinuxOne hardware, software and services product line.

The Emperor is the bigger of the two, and according to IBM can handle up to 8,000 virtual machines or hundreds of thousands of containers, which wrap software in a complete file system that contains everything it needs to run. The Rockhopper is designed for enterprises that want the speed, security and availability of the mainframe but in a smaller package. Both models are shipping, IBM said without divulging what they will cost.

On the software side, IBM will enable Apache Spark, Node.js, MongoDB, MariaDB, PostgreSQL, Chef and Docker to run on its mainframes. Suse, which provides Linux distribution for the mainframe, will now support KVM, giving enterprises a new hypervisor option. An upcoming version of Ubuntu Linux that Canonical and IBM are working on is also on the way.

In addition, mainframe code from IBM will be open sourced. The company didn't offer much detail on the code, but said it would enable better integration with networks and clouds, for example

As part of this push, IBM along with Suse, CA Technologies and other companies will back the Open Mainframe Project, newly formed by the Linux Foundation. Linux may have been running on mainframes for the last 15 years, but there is still room for improvements, according to the Linux Foundation.

The goal of the new project is to make Linux and mainframes a more attractive combination. That includes broadening the set of tools available for mainframe Linux development.

The companies involved also want to work with academic institutions to ensure there will be people who can manage and program for mainframes. The University of Washington and University of Bedfordshire are part of the project on that front.

In addition to the companies mentioned above, ADP, BMC, Compuware, LC3, RSM Partners and Vicom Infinity are also involved with the Open Mainframe Project.