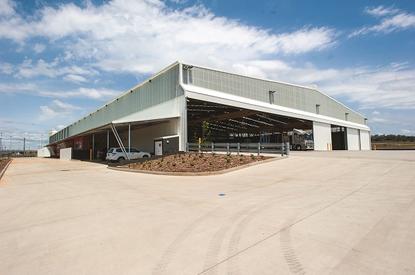 The company has submitted an application to Toowomba Regional Council for approval. If the council approves the facility, it would be built on an industrial site within the company’s Witmack industry park.

The $20m first stage of the 12,000 square metre centre would comprise 300 data racks with construction expected to start within 12 months of approval.

According to FKG Group property development manager Dallas Hunter, the city is a perfect location to build a secure data facility as it is 100 kilometres from Brisbane with good fibre connections being arranged.

“Many firms who maintain in-house servers incur considerable capital expenditure and utility costs so we expect to attract interest from some of Australia’s leading financial institutions, universities and large corporate entities, especially now that we also have improved national connectivity with Brisbane West Wellcamp Airport,” he said.

“Unlike capital cities where data storage centres are housed in multi-storey buildings, our centre will be constructed as an industrial facility as is common in the United States.”

He added that the development will be scalable and not limited by area, energy or cooling constraints.

If the company gets approval form the council, Hunter said that FKG would potentially welcome a joint-venture IT partner to help with the project.