​Symantec CEO vows to get company back to 'fighting weight' 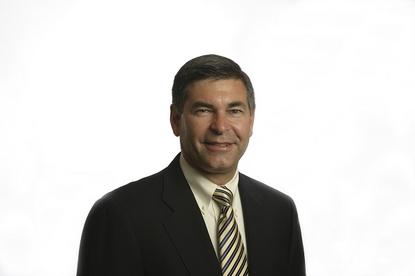 Symantec president and CEO Michael Brown wants to get the security vendor back to its "fighting weight” following its separation from Veritas.

The vendor announced in October 2014 that it was splitting into two companies – one focused on security and the other (Veritas) focused on information management.

In August this year, it sold Veritas to US private equity firm The Carlyle Group for US$8 billion.

Speaking at a media briefing in Sydney, Brown said that selling Veritas has brought the company a “lot of financial flexibility.”

“We can now use that flexibility to return capital to shareholders and it also allows us to look at mergers and acquisition opportunities. While we are very excited about the portfolio we have at Symantec, we think there are opportunities in MMA to complement what we are doing organically.”

Symantec's revenue for the fiscal year 2015 was US$4 billion.

However, the vendor needs to improve its cost structure, he said.

According to Brown the vendor has reduced global head count by 10 to 15 per cent over the past 18 months.

The next phase of cost reduction will include IT infrastructure improvements.

“We have got to invest in our IT infrastructure and go more modern to reduce costs on legacy systems. A good example of that is we might have a software licence that would have made sense when we were Symantec plus Veritas but it no longer makes sense. We can reduce the cost by going to new infrastructure and re-negotiating those licences,” he said.

The company may give up some real estate space too, Brown added.

In Australia, the company employs 300 staff members and has five offices based in Sydney, Melbourne, Canberra, Perth and Brisbane.

Symantec confirmed in April that it would withdraw its direct enterprise sales team from NZ.

“Symantec will continue to maintain its presence and service the New Zealand market for enterprise solutions through its local distributor and extensive partner network, who offer local knowledge and an ability to scale into regional areas,” a spokesperson told New Zealand Reseller News at the time.

According to Brown, the company needs to innovate in order to grow.

“To be a growing company, we need to aggressively shift our research and development away from legacy type investments to where the new opportunities are,” said Brown.

This includes advanced threat protection in the cloud and offering security-as-a-service.

According to Brown its strongest business unit is endpoint security.

“This business has been growing for many quarters in a row and I think we are at a point where there is a renaissance of the endpoint,” he said.

“The reason for that is this is where ground zero is for attacks and it’s where unencrypted data is.”

Another key part of the Symantec business is data protection. Brown said DP grew 30 per cent year over year in the September quarter.

Other parts of the business that are performing well include trust services, authentication and authorisation and managed security services.

In addition, the company is building an analytics platform which will feature streaming analytics.

“We have the data that has been used internally for research. Now our view is, we need to expose that to customers and we need to allow that to be used by third parties so that it is an open platform for competitors and customers to write on.”