Australia’s most profitable companies can no longer hide their tax affairs, say Greens 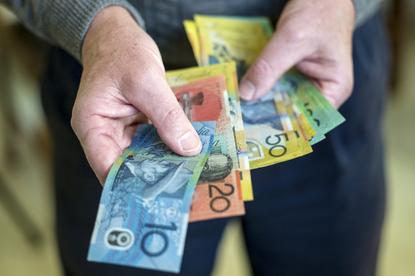 The measures were proposed by the Greens.

The first measure means that multinational corporations with global revenue of $1 billion or more will need to prepare general purpose financial statements, instead of special purpose statements which, according to the Greens, were “flimsy and secretive.”

The second measure will end an exemption for private companies with revenues over $200 million from having to disclose their tax affairs under the Tax and Superannuation Laws Amendment (Better Targeting the Income Tax Transparency Laws) Bill 2015 which passed the Senate in October.

At the time, Greens MP Adam Bandt said the Superannuation Laws Amendment Bill made it easier for private companies to avoid paying their share of tax.

“If we hadn’t got this bill passed today, multinational companies would have enjoyed another full year of not having to disclose their tax on a country-by-country basis,” he said.

“It was unacceptable for the government to help Australia’s most profitable companies hide their tax affairs, when we know increasing tax transparency is one of the most important ways to minimise tax avoidance.”

However, Greens finance spokesperson senator Peter Whish-Wilson said there was still work needed to get rid of 'grandfathering' provisions.

The provisions mean that if the company is a large proprietary company, it is required to prepare a financial report but is exempt from lodging it with ASIC if it meets certain conditions:

For example, the company must continue to meet 'exempt proprietary company' definition at all times since 30 June 1994.

The company had its financial report audited for 1993 and each subsequent year.

The company lodged notice within four months of the end of first financial year ending after 9 December 1995.

“In the new year the Greens will work with Labor and the cross-bench to bring the remaining Grandfathering provisions before a Senate inquiry. I want to hear the arguments from those who remain on the list as to why their tax affairs should be protected from the public gaze,” said Whish-Wilson.

The multinational tax avoidance measures were announced in the Budget 2015 by former treasurer Joe Hockey during May.

Budget documents state that the new law will target companies where “the activities of an Australian company or other entity are integral to an Australian customer’s decision to enter into a contract”, ”the contract is formally entered into with a foreign related party to that entity” and “the profit from the Australian sales is booked overseas and subject to no or low global tax.”


The measure follows an inquiry into corporate tax avoidance which has seen scrutiny of the tax minimisation strategies of a number of multinational technology companies, including Google, Apple and Microsoft.