CBA has already run some 25 experiments involving the technology 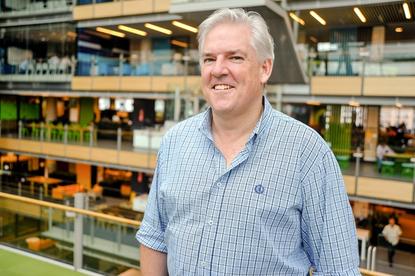 “We believe that the blockchain has huge potential,” Commonwealth Bank CIO David Whiteing today told the annual conference of the Stockbrokers Association of Australia.

The Commonwealth Bank is a member of the R3 consortium, which is researching how blockchain technology can be used by the banking sector. The blockchain is the protocol that underpins bitcoin, acting as a distributed ledger for the cryptocurrency.

Whiteing drew an analogy between blockchain and TCP/IP.

Whiteing said that he had sought to create an environment where his team could experiment with blockchain technology — “to try a few things, to make a few mistakes, to explore the art of the possible.”

The bank hasn’t spent “a huge amount of money,” the CIO said, but has run in the region of 25 experiments involving blockchain, including using Ripple to settle transfers between group subsidiaries.

Although Whiteing sees a lot of potential for the technology, he said the bank is also acutely aware of a number of limitations that will need to be overcome.

“My view is these problems will be solved,” he told the conference. “The scalability of the blockchain remains a challenge but there are smart people working on that today,” he said. The purely distributed nature of the blockchain could also be a problem because of the potential compute cost of replicating it.

Ensuring it is a secure platform will also require more testing. “Our hypothesis is that it’s substantially more secure than some of the technologies we’ve been using today, which are over 30 years’ old, but it hasn’t been tested,” the CIO said.

Whiteing said that he believes the blockchain will drive productivity and a large number of use cases involving the technology will emerge. Trade finance is one area where it could make it significantly quicker to process contracts; others include applications in the procurement and share trading and settlement spaces.

Greg Medcraft, the chairperson of Australia's corporate regulator, the Australian Securities and Investments Commission, last year said that the blockchain could have a dramatic impact on the global financial system.