Apple hits back at banks 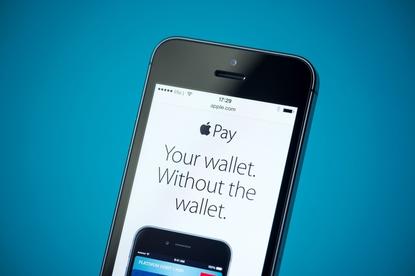 Apple says it “strongly urges” the Australian Competition and Consumer Commission (ACCC) to reject an application from three of the four major banks that would see them able to band together in order to negotiate access to the company’s digital wallet system.

Last month the Commonwealth Bank of Australia, National Australia Bank and Westpac, as well as Bendigo and Adelaide Bank, applied to the ACCC for the right to engage in collective negotiations over, and potentially boycott, third-party digital wallets including Apple Pay, Google Pay and Samsung Pay.

One bugbear of the banks outlined in their application is the refusal of Apple to open up access to the iPhone’s NFC antenna in order for third party iOS applications to be used for contactless payments.

So far ANZ is the only one of Australia’s big four banks to strike a deal to offer Apple Pay to its customers. “Apple has struggled to negotiate agreements with the Australian Banks and only recently signed an agreement with ANZ,” Apple said in a response lodged with the ACCC that was first noted by the AFR.

The other banks “based on their limited understanding of the offering... perceive Apple Pay as a competitive threat”, Apple argued.

The goal of the banks banding together “is to force Apple and other third party providers to accept their terms, allow them to charge consumers that choose to use Apple Pay, and force Apple to undermine the security of its mobile payment service by opening access to the NFC antenna, placing at risk the consumer experience of a simple, secure, and private way to make payments in store, within applications or on the web.”

Apple said it could not identify any public benefits that could arise from the banks being authorised to engage in a collective boycott.

The banks’ application to the ACCC notes: “Some issuers in other countries have expressed concern that Apple has not allowed other mobile payment apps to use the iPhone’s NFC payment functionality...”

“Providing simple access to the NFC antenna by banking applications would fundamentally diminish the high level of security Apple aims to have on our devices,” Apple argued in response.