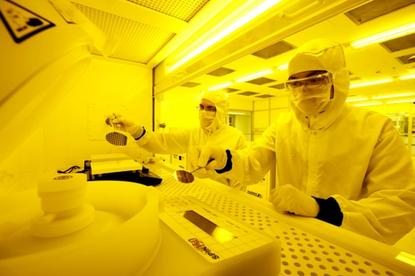 Industry, innovation and science minister Greg Hunt says that the government’s support for quantum computing research will not only maintain Australia’s competitive edge in the “global race to build a quantum computer”, but also help grow a local “quantum ecosystem” and industry.

Prime Minister Malcolm Turnbull, opening a new lab at the Centre for Quantum Computation and Communication Technology (CQC2T) in Sydney earlier this year, said scientists there were not just doing great work but “the best work in the world”.

The centre, which is racing towards its goal of building the world’s first scalable silicon-based quantum computer, received $25 million of government funding as part of the National Innovation and Science Agenda.

The CQC2T has also attracted private sector backing. The Commonwealth Bank and Telstra have heavily invested in the UNSW-based labs.

The bank and telco, as well as other industry players, have echoed the government’s sentiment on the potential of the country’s quantum ecosystem, but with a caveat: Don’t forget to support the skills this new industry will require.

David Whiteing, the Commonwealth Bank's chief information officer, told Computerworld that Australia was in an “enviable position” when it came to quantum technology.

“With the government and industry’s support and the ability to commercialise the opportunities from this leadership position, we’re in a unique position to create a high technology ecosystem here in Australia,” he said.

“This ecosystem would be defensible in the medium term, due to the unique nature of the technology, but we need to look beyond that. We’re now thinking about software and services that are relevant to our customers, and now’s the time to invest in those opportunities and begin to create something truly differentiated.”

Dr Hugh Bradlow, chief scientist at Telstra, agreed that Australia could be a world leader in the field.

“The CQC2T has already established world leadership in the creation of silicon qubits," Bradlow said. “Their technology is based on well-established silicon technology which is today the foundation of all our ICT industries. Their technology, once scaled therefore offers a solution which if manufactured at scale would give Australia a global leadership position.”

Local research into quantum technology and efforts to commercialise it go beyond CQC2T’s Sydney labs.

The Australian Research Council Centre of Excellence for Engineered Quantum Systems, better known as EQuS, is based at the University of Queensland and is on a mission to “initiate the Quantum Era in the 21st century by engineering designer quantum systems”.

Quantum breakthroughs have also been embraced by a number of Australian companies such as Adelaide start-up QxBranch which develops custom software for quantum computers.

QuintessenceLabs, based in Canberra, provides a range of security products that utilise the unique qualities of quantum states. Founder and CEO Dr Vikram Sharma considers his company very much part of the local ecosystem.

“Australia has a terrific base to support the development of a vibrant quantum ecosystem,” Sharma said.

“The research being undertaken at the CQC2T and at leading universities, including the Australian National University and University of Queensland, complemented by the translation of this research to market-relevant products by companies such as QuintessenceLabs, attracts world-class experts and offers significant opportunities to drive growth of the ecosystem.”

Quantum computing and building technology that utilizes quantum mechanics is no easy feat. Professor Michelle Simmons, director of the CQC2T, said that although she has no problem recruiting academics to join the centre, she does fear young people are not learning the fundamentals of computer science.

“We gave them computer where it’s all done for you and you’re a user. People have been using them for a long time without understanding how they work.” she said.

“From transistors and internal circuits to ‘how do you program a computer?’ That skill we didn’t train people on, which was tragic. We never went back and trained our children this process very well. It’s not hard to do that.”

Whiteing emphasised that the potential of quantum computing would only be fully realised if education in the area was supported too.

“This differentiated ecosystem must be combined with STEM-based initiatives to start to teach our children how to operate in this differentiated world, and provide opportunities within Australia,” he said. “We need to do this for Australia, it’s our play in the future super-connected, super-digitised world.”

Bradlow agreed, saying: “The adoption of quantum computing will require skills in design, programming, operations and technology all of which will lead to job creation and industry ecosystems.”

The government said it would invest $99 million in programs to boost digital literacy and STEM skills among young Australians as part of last year’s Innovation and Science Agenda.