The results in three battleground states should be re-examined, voting security experts and lawyers tell Clinton 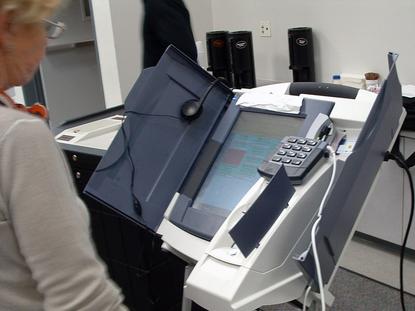 Hillary Clinton, the apparent loser in the recent U.S. presidential race, should ask for voting recounts in three states, a group of voting security experts and election lawyers have said, and new results could swing the outcome of the election.

There are outstanding questions about voting results in Pennsylvania, Wisconsin, and Michigan, where the initial counts have Clinton losing by 1.2 percent or less, the group has told her campaign.

The group has so far given no concrete evidence of voting irregularities but is planning to release a report. One news report suggested significant differences in the margins of victory for Trump in Wisconsin in counties using electronic voting machines, compared to counties using paper ballots, but the group has not confirmed those concerns.

If recounts find Clinton won all three states, she would pick up 46 votes in the Electoral College and win the presidency. That scenario is remote, but concerns about Russian hacking and inaccurate polling before the election should raise questions about the results, said J. Alex Halderman, a computer science professor at the University of Michigan.

"I believe the most likely explanation is that the polls were systematically wrong, rather than that the election was hacked," Halderman, among the group calling on the Clinton campaign to demand recounts, wrote in a post on Medium.com Wednesday. "But ... the only way to know whether a cyberattack changed the result is to closely examine the available physical evidence — paper ballots and voting equipment in critical states."

The deadline for asking for recounts is Friday in Wisconsin, Monday in Pennsylvania, and the following Wednesday in Michigan, he noted. "Unfortunately, nobody is ever going to examine that evidence unless candidates in those states act now, in the next several days, to petition for recounts," Halderman added.

Better post-election audits are one way to improve e-voting security, some security experts have said.

Recounts would strengthen voter confidence, he suggested. "Examining the physical evidence in these states — even if it finds nothing amiss — will help allay doubt and give voters justified confidence that the results are accurate," he said. "It will also set a precedent for routinely examining paper ballots, which will provide an important deterrent against cyberattacks on future elections."

One security expert called the allegations of voting irregularities "alarming."

The group calling on Clinton to ask for recounts is planning to release a detailed report on Monday, noted Cris Thomas, a strategist at Tenable Network Security.

"So far no actual evidence of voting computer hacking has been presented," Thomas said by email. The upcoming report gives "everyone a long holiday weekend to fret over what their data shows or doesn't show."

Still, the U.S. needs to fix voting security problems, and paper printers need to be added to more e-voting machines, Thomas added. In November, 15 states still used electronic voting machines without attached printers that can be used to audit the machines' internal results.

"Having doubt cast on the results, even if unfounded, can be detrimental to the future of our democracy," Thomas said.