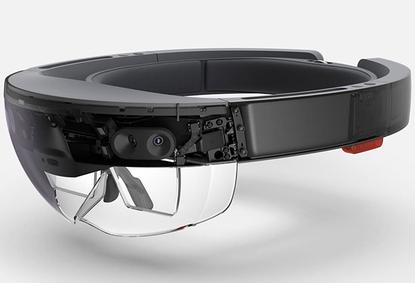 Microsoft’s mixed-reality HoloLens headset will be used for nurse training by the Illawarra Shoalhaven Cancer and Haematology Network (ISCaHN) if a proposal currently under consideration goes ahead.

The initial use for the headsets would be training for nurses in the patient care environment. The headset could allow virtual assets to be set up in a critical care environment, displaying patient information at a bedside and making that same information visible to different nurses.

Beyond training, the headset could potentially be used during treatment, Masters explained

“We’ve got lots of people here already thinking up new ways of using HoloLens,” he said

“Imagine a multidisciplinary team that can look at a 3D image of a cancer and say, ‘Well we used to have a five millimetre margin’ — which means we have to kill five millimetres of good flesh just to kill the cancer — ‘but we don’t have to do that because when we look at it this way we can actually see that we can keep it at one millimetre.’”

Perhaps the biggest barriers to using the HoloLens in a patient-care environment at the moment are the appearance of the first-generation of the headset — it’s very “spacey”, Masters noted — and some concerns about its field of view, he said.

Masters said the move to employ the mixed-reality headset was an example of the willingness at ISCaHN to embrace new technology.

Every year 1600 cases of cancer are diagnosed within the area served by ISCaHN. The network includes more than 200 staff, who treat 2000 or more patients every month. In total, the Illawarra Shoalhaven Local Health District covers 385,250 people, according to figures from NSW Health.

Masters said technology investments at ISCaHN are guided by a focus on enabling better patient services and helping clinicians and nurses be more efficient caregivers.

“We’re constantly trying to come up with better ideas and better ways of delivering care and speeding up the nurses’ job — because nurses are literally the hardest workers in the hospital,” the IT manager said.

“They are so busy all the time and they’re the patient-facing people. We engage nurses every time we conduct these research and development projects because we don’t want to give them something that’s going to slow them down or stuff them up or wreck their processes.”

Nurses have already had to contend with the transition from paper to electronic systems, he said. Although for an IT professional, the switch may seem like a “no-brainer”, with any technology rollout care has is taken to ensure that there are real productivity dividends — not unnecessary delays or endless calls to a help desk, Masters said.

There is a big focus on mobility across the network including through NSW Health’s bring your own device (BYOD) program, which launched in 2015. ISCaHN’s centres were “ground breakers” within NSW Health when it came to implementing Wi-Fi and mobile devices, Masters said.

“We put in our own Wi-Fi system and then increased the backbone of the Wollongong Hospital campus to cater for the traffic,” he said. “As a result of that pilot, the whole of the South Eastern Sydney and Illawarra Shoalhaven health districts upgraded to a Wi-Fi environment across all of their campuses.”

Behind the scenes, Citrix’s XenApp and XenDesktop are used to securely deliver access to applications and desktop environments, and the company’s NetScaler delivers performance management. (Citrix is used across NSW Health.)

“We use Citrix to deliver patient care information to the bedside of chemotherapy patients,” Masters explained.

One of the problems Masters worked on when he joined ISCaHN in 2008 was changing how applications were rolled out across the network. There were a “huge number” of applications in use, and an application upgrade involved the use of either mass deployment tools or a physical visit to a PC.

“The first thing I did when I came here was implement Published Applications using Citrix XenApp. Part of it was just consuming everything that cancer already had and delivering it as a published application,” Masters said.

In terms of end user devices, the cancer network has Panasonic Toughpads for use at bedsides as well as ‘workstations on wheels’ (the term ‘computers on wheels’ was ditched due to the unfortunate acronym, COW) and desktop PCs. But people also use their phones as part of the BYOD program, Masters said.

The current approach is that when an application is released to users, IT tries first to deliver it as a Published Application using Citrix or if that doesn’t work then try to publish a desktop or a Workspace accessible via Receiver.

A Workspace-as-a-Service program was implemented in 2016, the IT manager said.

“We have come across challenges — we have come across applications that don’t allow simultaneous sessions on the one server, for instance, because of licensing and licence file locks. We’ve managed to get around those things by working with the vendors of those applications and establishing specific settings in our environment that allow multiple sessions to exist.”

One important victory for the technology team has been enabling unified access to files from multiple medical image providers on mobile devices. Four years ago, Masters was asked to enable access to images from both the internal and multiple external image providers — at the time doctors would have to cart CDs, printouts or film copies of patent images to multidisciplinary team meetings.

He implemented Intelerad InteleViewer which allowed ISCaHN to access images directly from private providers as well as the hospital’s internal Medical Imaging Unit and display them on end users’ devices.

An initial hitch was the occasional missing slice when scrolling through images as Citrix attempted to speed up rendering. Masters solved the problem by installing high-powered graphics hardware to deliver a server-side rendering boost — a solution later employed by the Medical Imaging Unit. As a result, doctors now have access to high-quality medical images on thin clients.

Masters said that he is looking the potential to publish applications and desktops to HoloLens.

The IT manager said that another future direction he is investigating is the use of Microsoft’s Continuum. Continuum allows phones running Windows 10 Mobile to be hooked up to a Wi-Fi-enabled display, mouse and keyboard and deliver a PC-esque experience.

The rollout wouldn’t replace the BYOD program but involve handsets being provided to nurses and used for reports on patients’ well-being. Continuum would allow a single device to be used both for quick bedside 'tick-box' style questions and for typing up detailed reports on patients at a workstation equipped with a display, keyboard and mouse.

“We don’t know for sure if that’s going to be the right solution for us, but we want to try it – we want to see how we’ll go,” Masters said.