Victoria Police to get Apple gear in $50m deal

Motorola wins deal to deploy 10,000 iPads and iPhones to officers 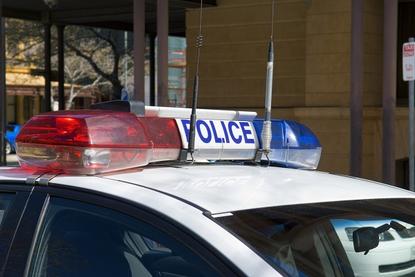 Police in Victoria will be equipped with iPad minis and iPhones in a bid to reduce deskwork and free-up the force’s radio network.

Motorola Solutions has struck a $50 million deal with Victoria Police for the managed service mobility solution, which will run for a minimum of five years.

Some 10,000 devices will be rolled out to general duties members of the force, Protective Services Officers, and those in the transit safety division, family violence units and highway patrol units.

“These new devices will mean officers spend more time in the community, and less time stuck behind a desk,” Minister for Police, Lisa Neville, said.

Neville said the devices will be used to capture evidence, carry out identity checks and report crime and other events such as traffic incidents.

The technology will enable officers to have a greater presence in the community, by spending more time "proactively policing in the field" and less time being "station-bound, filling out paperwork", the minister said.

Motorola said the roll-out would remove lower priority traffic from the radio network, freeing it up for essential emergency communications.

Police will issue the first devices in the middle of this year, with 8,500 deployed by the end of 2019 based on operational need – and more than 10,000 within five years.

The planned deliver date of December had changed due to delays in the tender process caused by the state government’s commitment to recruit 3135 extra police, the minister said earlier this year.

Motorola Solutions will lead a consortium of service providers including Optus who will provide the carrier network and CompNow who will supply the devices, logistics and device repair services.

Roadside drug test? There's an app for that

“We will provide Victoria Police with a mobility managed service that is highly secure, reliable and helps to free up more time for frontline police to work in their communities where they are needed most,” said Motorola Solutions managing director Steve Crutchfield.

“The technology solution will provide Victoria Police with a reliable mobility solution and services to enable frontline officers to access core operational applications from mobile devices.”

The investment is part of Victoria Police’s Capability Plan 2016-2025 and Blue Paper: A Vision for Victoria Police in 2025, which outline the force’s service delivery transformation.

The contract falls under the Mobile Technology Project, which is part of the Andrews Labor Government’s $227 million investment in police technology.

Earlier this year Victoria Police signed a deal with SAS Institute Australia to get access to a new software platform that will let the force’s 600+ crime analysts query and integrate results from discrete police databases.

“Police have vast amounts of information,” police minister Lisa Neville said in a statement at the time. “This new system connects it, analyses it and puts it at their fingertips so they can fight all types of crime much more quickly.”