In the first six months after Facebook introduced a bot API for Messenger, around 34,000 chatbots were created

Chatbots are on the rise. In the first six months after Facebook introduced a bot API for Messenger, around 34,000 chatbots were created. They’re being used for a range of purposes, from engaging at the pre-sales point to customer support and troubleshooting.

But in the light of the WannaCry global ransomware attacks, and new threats such as EternalRocks, chatbots may represent yet another opening for cyberattacks.

There are two key ways a chatbot can be implemented, with many using a hybrid approach:

While it’s currently more likely than not that a live human support agent is there, this is shifting. The goal is for a fully-automated but also human-like experience, which is where AI and Natural Language Processing come in. It’s about moving from a retrieval-based model, using a using a repository of pre-defined responses, to a generative approach where new responses are created from scratch.

People don’t tend to react well to a bot, if they perceive it’s just a machine, messaging from a script. This leads to a cold user experience, the exact opposite of customer engagement that most chatbot operators are trying to achieve.

When chatbots get it right, they can be a powerful tool for winning trust, getting customers to communicate more personal information. The more a user trusts a bot, the more they may let their guard down. Combine this trust with the power and scale of automated bots, and you can see what an opportunity they could represent for criminals.

Cybercriminals could harvest information gathered through chatbots for targeted spear phishing attacks. This is already possible if a browser or network is compromised, but the information sent through messaging may be an even richer vein of data. People tend to become more comfortable in a real-time conversation. With a service such as Facebook, any data sent through Messenger is linked to someone’s real life profile and is very valuable to hackers.

As well as hacking chatbots and stealing data, cybercriminals could actively take them over and impersonate the official providers. This would give them unprecedented ability to get users to hand over passwords and financial information. Criminals in the guise of "tech support" at an ISP or bank already use voice calls to trick victims. Chatbots represent another channel for this, and an easier one for criminals to automate.

Cybercriminals could create new fake chatbots and embed them onto compromised sites or within pop-up ads, such that they appear to be from a legitimate site. With email, people have learnt to recognise signs and check the sender to verify whether they’re genuine or not. Chatbots are newer, so there’s a higher user risk as people aren't yet seasoned and have only limited awareness of the dangers.

Businesses offering chatbots will need to implement rigorous security protocols, and also work to educate users around sharing data through chatbots. Many companies already warn users that they will never be asked to provide their passwords by email, a warning which can obviously be extended to include chatbots as well. But with phone banking and other phone account services, users expect to be asked for their "secret questions". Or in the case of purchasing over the phone, to give credit card details and even CVC numbers.

There’s always a fine line with security: the more secure you make something, the less accessible and potentially the less useful it is. De-identifying users and having anonymous chat may be safer, but it means a more limited experience and less valuable data. 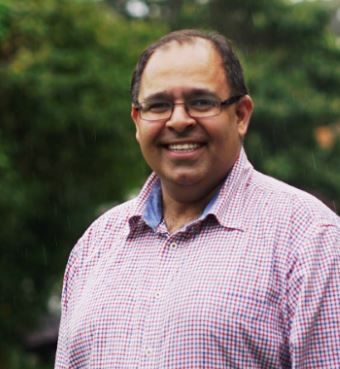 Simran Gambhir is chief technology officer at Stone & Chalk and co-founder of mobile development firm Ganemo Group. Simran has more than 20 years’ experience in the IT and security sector including CTO positions at News and Flybuys. Connect with Simran on LinkedIn.