Benefits of service are hard to quantify however, audit finds 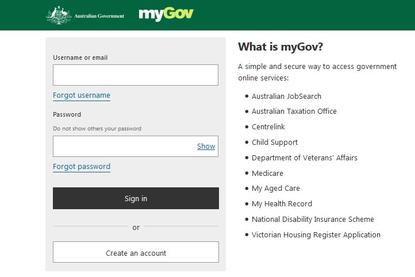 The government’s myGov digital service portal has been the subject of a largely positive audit, despite the project costing more than estimated and its benefits being difficult to quantify.

myGov launched in May 2013 and can be linked to a range of online services offered by government agencies, including the Australian Taxation Office, Centrelink, Medicare, the National Disability Insurance Scheme and the government’s My Health Record system.

The Australian National Audit Office today released its report on the service.

The system is operated and hosted by the Department of Human Services (DHS), while the government’s Digital Transformation Agency (DTA) oversees service strategy, policy and user experience.

The implementation of myGov “has been largely effective,” the audit concludes. By the end of the four-year project there were some 9.5 million users registered on the system, compared to a business case forecast of 5.1 million, the report notes.

Higher than expected usage helped drive up operating costs, the audit states: “Departmental records indicate that the increase in operating expenses over the four years of the project — from $8.5 million in 2012–13 to $37.3 million in 2015–16 — was primarily driven by the costs associated with supporting the large number of user accounts (nearly double the forecast) and the improved high-availability infrastructure,” the ANAO report states.

A key weakness in the project has been the difficulty of assessing savings achieved by government organisations that are using the system, the ANAO found.

The business case for the project outlined six areas of potential savings for government: Reduction in rework or verification and reduction in contacts (individuals can update their key personal and contact details within myGov); reduction in face-to-face contacts to become known to government entities (for example the My Health Record system did not require individuals to re-prove their identity if they were already linked to the Medicare system in myGov); reduction in incorrectly addressed mail; fewer password resets; and decreased postage costs.

Of those areas only one could be quantified by the DHS, the audit states: According to the department, myGov helped shave $109.2 million off the government postage bill, as notices can be sent directly to an individual’s myGov Inbox.

The report adds a note of caution, however: “There is a risk that this estimate of actual savings was overstated as it was based on the assumption that all correspondence items would have been mailed using traditional post if myGov had not been built, even though some member services, including its own Centrelink program, already had electronic messaging capabilities.”

The ANAO made two key recommendations. The first is that the DTA and DHS push to have more government entities offer services through myGov, with the latter to review transition support for agencies that seek to leverage the platform.

The second is that the DTA “establish a performance framework, including key performance indicators focussing on outcomes, to enable an assessment of the extent to which myGov is delivering expected outcomes for users and member services”.