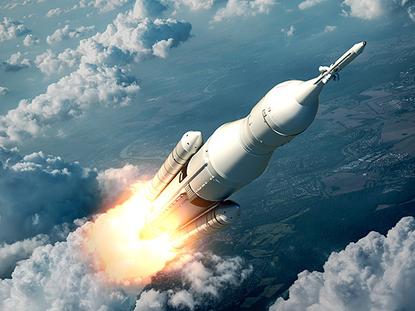 Former CSIRO chief executive Dr Megan Clark will lead a review of Australia’s space industry capability as part of a government plan to boost the sector.

“I believe that Australia can participate in the global space sector and through development of the technical capability and knowledge required for this demanding sector, we will develop skills to grow other advanced manufacturing industries in Australia,” the minister said in a statement.

“This review is timely, given the current pace of change in the international space sector and advances in technologies that provide an environment that encourages commercial investment in space activities.”

The first meeting of the expert reference group that will conduct the review will take place later this month, with the government expecting the group to complete its work by the end of March next year.

“Reform of the space legislation is now underway to reflect advances in technologies and provide a regulatory environment that is appropriately conducive to commercial investment in the space sector,” Sinodinos said. “It is therefore timely for the government to review its civil space policy and refine its strategic, long-term plans for this important sector.

The paper argued that the complex structure of the existing legislation introduced an “unnecessary level of inflexibility” and that new legislation governing space activities be developed, rather than attempting amendments.

In addition to streamlined legislation, the licence regime would be rejigged with a range of new licences would be introduced. Those would include a payload licence and a new Australian launch permit licence.

The terms of reference of the new review would identify Australia’s current industry capability and areas of comparative advantage that can be further developed, as well as technologies and practices that promote downstream and upstream innovation.

The 2016 Defence White Paper foreshadowed “the continuing expansion of space-based and space-enabled capabilities, including military capabilities” over the next two decades, and defence industry minister Christopher Pyne today welcomed the review.

“This government plans to invest around $200 billion in Defence capability over the next 10 years, of which space capabilities will be an important part. This will provide opportunities for industry growth and employment,” the minister said.

“The ADF and our partners are reliant on space-based satellite systems to support our networked capabilities and to communicate and fight when deployed on operations,” the white paper stated.

“Some countries are developing capabilities to target satellites to destroy these systems or degrade their capabilities, threatening our networks.”

Earlier this month, Pyne and defence minister Senator Marise Payne announced that the government had signed a $223 million contract with Northrop Grumman Australia for the construction and support of a new satellite ground station in Kapooka, New South Wales.

The Kapooka ground station will enable forces deployed in the Pacific and Indian Ocean Region to connect to Defence’s Australian networks.