Google Glass returns with a focus on enterprises 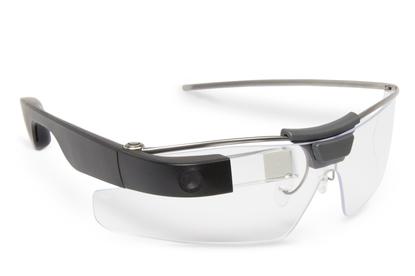 Google Glass is back, with a focus squarely on business use cases for the wearable device.

X — the ‘moonshot factory’ of Google parent company Alphabet — has announced the launch of an enterprise edition of the headset, which is now just known as Glass.

In a blog entry, X’s Glass project lead Jay Kothari revealed that the company had revamped the device to make it lighter and more comfortable for long-term wear, as well as boosted its power and battery life.

“Workers in many fields, like manufacturing, logistics, field services, and healthcare find it useful to consult a wearable device for information and other resources while their hands are busy,” Kothari wrote.

“That’s why we’ve spent the last two years working closely with a network of more than 30 expert partners to build customized software and business solutions for Glass for people in these fields.”

Google began selling the augmented reality headset in 2013, though it was never positioned as a final version of the product; instead a version was sold to ‘Glass Explorers’. The ‘Glass Explorer Edition’ was made more widely available in 2014.

In January 2015, Google announced it would stop selling the Explorer Edition but the Glass team was “continuing to build for the future” and would unveil “future versions of Glass when they’re ready”.

X has been running a business-focussed Glass program for the past two years, and the company has more than 50 businesses using the device. They include AGCO, DHL, Dignity Health, NSF International, Sutter Health, The Boeing Company, and Volkswagen, Kothari said.

The Glass team will be “collaborating with the Google Cloud team and our partners to help customers across a variety of business sectors make the most of Glass,” he wrote. X has revealed a group of 12 partners that are selling the device and helping build Glass solutions for enterprises.