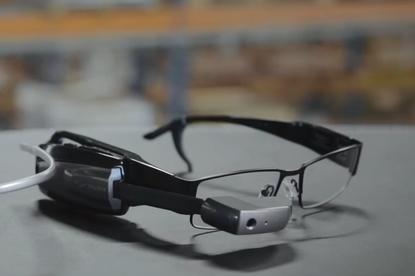 Logistics company DHL Supply Chain is staging an augmented reality trial with one of its Australian customers as it assesses the productivity benefits that AR can deliver to warehouse operations.

The project, using smart glasses to aid ‘picking’ during order fulfillment, builds on a series of pilots the company has run in a number of other countries, according to Andrew Weyer, DHL Supply Chain vice president, information technology, Australia & New Zealand.

The decision to invest in AR is based on DHL Supply Chain’s assessment of the emerging technologies that comprise ‘Industry 4.0’, Weyer said.

DHL Supply Chain develops its own internal ‘hype cycle’ that assesses the trends likely to have the biggest impact on its business and then works with its vendors and customers in co-creation efforts to develop proof of concepts, he said.

In 2014, DHL Trend Research released a paper — Augmented Reality in Logistics — that identified potential AR use cases in three key areas across the logistics industry:

• Warehousing operations, including pick by vision and warehouse planning.

For the company’s first major foray into AR it partnered with a customer — printer vendor Ricoh — and software company Ubimax.

The 2015 project used Google Glass and Vuzix headsets and involved a Ricoh warehouse in the Netherlands.

“It was a joint decision between us and Ricoh to say, ‘Let’s identify a new digital trend that we can bring into the facility and try to prove some benefits’,” Weyer said

The three-week pilot involved 10 staff equipped with head-mounted displays. During the pilot, they collectively picked more than 20,000 items and fulfilled 9000 orders.

The benefits were substantial, with the augmented reality headsets delivering a greater than 25 per cent productivity boost.

X, the subsidiary of Google parent company Alphabet and the new custodian of Glass, earlier this month announced the relaunch of the headset with a focus on the enterprise; DHL is one of the Glass customers X has highlighted.

In the wake of the Netherlands pilot, in August last year DHL Supply Chain announced it would expand the AR program across different industries and stage further trials in the Netherlands, the US and the UK.

“This is one of the things we do in the group: We prove something in one area, then we industrialise it and we try to extend it to other areas and leverage it as a standard solution,” Weyer said.

The scenario where AR has been found to deliver the most significant boost is where an individual warehouse worker is fulfilling multiple orders and making ‘less than carton’ picks, Weyer said.

Difficulty with obtaining Google Glass units in APAC has meant that in this region DHL has partnered with US technology company Vuzix. (Vuzix’s M100 and M300 smart glasses run on Google’s Android mobile platform.)

DHL Supply Chain has already staged a proof of concept in Japan with a major retail customer, Weyer said.

“There were some challenges with the POC around the technology,” he said. One of them was the impact of latency between the server and the glasses units being used on the warehouse floor.

“Those problems have since been solved and we’re now looking at a circa 10 per cent productivity improvement from the glasses,” he said.

In Australia, DHL Supply Chain has kicked off a proof of concept with Canon.

“We’ve identified an area of their operations where they’re doing a multiple picking-type operation. We then looked at the [AR] solution and identified two areas we could optimise even further,” Weyer said.

Changes to the AR software have meant that the heads-up display is “more dynamic,” he said: “It automatically fits to the number of trolleys that you’re actually picking into.”

The other enhancement was that in addition to highlighting the container in which a worker should place the current item, a different colour is used to highlight the next tote box — meaning that in the case of any minor system latency, the employee is able to keep working.

The local project is entering user acceptance testing this week.

The Australian pilot will see vision picking directly compared against a manual picking operation, voice picking and RF picking to better assess the productivity improvements that AR can deliver.

The smart glass units will be directly connected to wireless networks in the warehouse operated by DHL Supply Chain.

RF picking involves equipping warehouse workers with wearable Wi-Fi-connected terminals that can direct them to the appropriate area of a facility and tell them the item and quantity needed to fulfil an order. The technology has proven particularly important in the pharmaceutical area, Weyer said.

“That RF capability allows us to be more accurate. You’re dealing with patients’ lives: You need to make sure you’re picking the right batch, the right expiry date. You don’t want someone mistaking an R for a 1 or a zero for an O — because you’ve just mixed up a batch number. If I need to do a recall, I need to know where I can find that product; if I’m not using RF and I introduce human error.”

Weyer said that one benefit of the facility chosen for the AR pilot is that it’s managed by an operations maturity standard used globally by DHL Supply Chain. That means that a range of measures to assess warehouse productivity are already in place.

“That operations maturity standard introduces a whole lot of disciplines around the operation; kicking off with things like early morning performance dialogues — what do we need to achieve for the day, what are our KPIs, what are our SLAs, planning the resource allocations to different activities,” he said.

“We’ve got daily reporting on the current productivity and we’ve got daily dashboards that are running. As we put those different technologies in, we can actively understand the impact of them off the base that we’ve already got in place.”