Whether agencies are still working on migrating to GovDC facilities is commercial in confidence, according to the Department of Finance, Services and Innovation 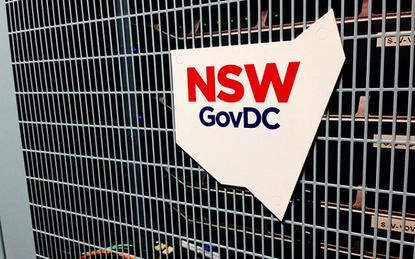 The New South Wales government says it has made savings in a number of areas from its data centre consolidation program, but the department overseeing the process won’t say whether it’s been completed — and if not, when it is likely to be.

The state’s GovDC program involves the consolidation of 130 physical data centres employed by government agencies into two purpose-built facilities. Migration to the data centres began in 2013, with the government setting a deadline of August 2017 for the transition.

Metronode operates the Silverwater and Unanderra GovDC data centres under a contract it won in 2012. The data centre operator earlier this year detailed its plans to expand the facilities.

The aim of the program is to reduce the environmental footprint of government ICT, deliver savings in a number of areas, boost technical and operational standards and deliver greater resilience.

Under the NSW Data Centre Reform Strategy, all government agencies, except for state-owned corporations, must by 30 August this year “relocate data centre and computer room infrastructure from current (on premise and leased) facilities into the Government Data Centres and, where appropriate, consume services through the GovDC Marketplace or other suitable cloud services”.

However, agencies are also able to, before 30 August, sign a memorandum of understanding with the Department of Finance, Services and Innovation “guaranteeing capacity and committing to migrate to the Government Data Centres and/or the GovDC Marketplace”.

As part of that MoU process agencies that have specialist infrastructure that can’t be migrated in time to meet the deadline can request an additional two years period to decommission their data centres.

The mandate to migrate is intended to help realise savings through delivering economies of scale.

(Under the strategy, agencies are still permitted to obtain cloud services from other cloud service providers.)

A spokesperson for the Department of Finance, Services and Innovation told Computerworld that all 11 state government clusters have committed to space at GovDC facilities.

However, the spokesperson said they could not reveal details of whether there are agencies still working on migrating to the facilities, which agencies those are, and, if agencies have been unable to meet the August deadline, why.

Those details are “commercial in confidence”, the DFSI spokesperson said.

“The state has enjoyed a range of benefits from the consolidation process so far,” the spokesperson said.

“These include a reduction in lease costs, decline of greenhouse gas emissions, improved resilience and reliability, and a decrease in operation costs such as electricity consumption.”