IoT services from the likes of AT&T, Amazon Web services and others creates a patchwork of possibilities 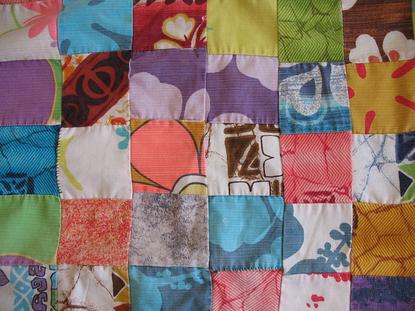 The tech industry’s approach to becoming a part of the IoT landscape is reminiscent of a quilting bee – a large number of participants approaching a central problem from a wide array of different angles and taking on different areas of responsibility.

And that’s a good fit for the IoT market – companies have wildly diverse sets of needs, requiring a commensurately diverse set of technological capabilities. A factory might need a sophisticated, integrated system that can both manage complicated manufacturing equipment and track products, while a nearby hospital might need to bring expensive medical equipment onto the network.

+ALSO ON NETWORK WORLD: 3 real-world examples of IoT rolled out in the enterprise; 5 IoT trends that will define 2018+

“IoT has a set of potential requirements that’s so broad that you can’t generalize,” said Farpoint Group principal Craig Mathias.

Almost every major technology company has some form of IoT services offering, generally related in some way to its core competency. Amazon’s is centered around AWS cloud for example, handling machine-to-machine messaging and operational tech integration as a service, while Verizon’s leverages existing network infrastructure to create offerings around smart-city tech.

Different experts make sense of the complex IoT services market in different ways. One method, suggested by IDC infrastructure services group program vice president Curtis Price, is to divide the market into two different groups – project-based services, meaning things like consulting, integration and implementation help, aimed at the up-front activities involved in a new IoT deployment, and outsourced or managed services, designed for companies thinking about implementing IoT but who may not have either the budget to hire experts or the ability to handle the task in-house.

The former category is where the action currently is, according to Price. IDC forecasts that about $25 billion will be spent on project-based IoT services in 2017 alone.

“We’re very early on in the adoption cycle, and you can imagine that something like consulting services is where a lot of the spend is taking place for IoT services,” he said. “That share will shift as we move out, but today, it’s mostly around project-based services involving implementation.”

Others break things down technologically. Gartner Research vice president Mark Hung said that it’s possible to differentiate IoT services according to their place in the network stack. Every category from basic connectivity on up gets its own division, and its IoT platform services – whether vertically focused, a la GE or Siemens, or horizontally aligned, like Amazon, Microsoft and other traditional IT players that offer cloud platform offerings.

What’s more, according to Hung, plenty of companies are looking to expand their offerings into a more holistic IoT service. Carriers like Verizon and AT&T started out doing simple connectivity, but are worried that that will quickly become commoditized in rapidly growing IoT services market.

“A company like Verizon that’s very acquisitive, especially now with AOL and Yahoo, they’re really looking to be much more of a full-stack provider,” he said. “So they’ve got analytics and machine learning on the very top and on the bottom they have connectivity services.”

The top-to-bottom approach has major upsides, particularly in that it can let end-users avoid many of the difficulties of managing an IoT stack provided by a host of different vendors. But that kind of bundling is a product of a web of partnerships – not actual ownership over the entire stack – that only a few companies are able to pull together.

“It’s really an ecosystem approach, when you’re thinking about an IoT implementation, even though you may not be looking to boil the ocean, you may have a specific business problem you’re trying to solve,” he said. “And you’re going to need all those components to come together, and I think what separates some of these services firms is the ability to really look at IoT holistically across all those different components.”