FAQ: What is NB-IoT?

A quick look at NB-IoT, the carriers' version of a low-power IoT communications standard. 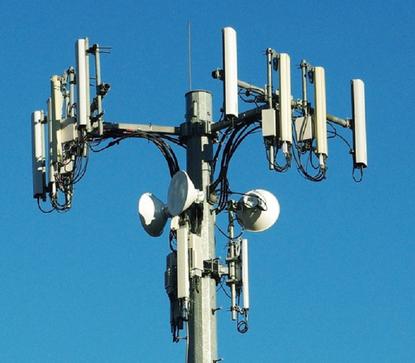 Awful. Why don’t you leave the jokes to me?

Fine, fine. So what is NB-IoT, really?

First of all, it’s narrow-band IoT, and it’s a communication standard designed to let IoT devices operate via carrier networks, either within an existing GSM carrier wave, in an unused “guard band” between LTE channels, or independently.

Um, neat. But aren’t there already a zillion and one IoT standards out there?

Let me consult the records … hmm, yes, exactly a zillion and one. You’re very well informed!

So why is this one different?

Largely because the convenience of having a communication service for low-level IoT gizmos built into networks that already cover vast areas of the U.S. is a big advantage. What’s more, NB-IoT needs only 200kHz of bandwidth – hence the name – to support a huge number of endpoint devices, and it has very low power requirements, which opens it to use by small, uncomplicated IoT gadgets.

It’s designed to be small-scale – is that what you’re saying?

In one sense, yes – vast parts of the IoT landscape have extremely minimal throughput requirements, like smart meters transmitting electricity or parking space usage a couple of times a day, so these small-footprint devices are squarely in the wheelhouse for NB-IoT.

However, the flip side is that the sheer number of those devices make NB-IoT anything but small-scale. According to Ericsson – one of the movers and shakers behind the development of the technology – the design of the NB-IoT standard is meant to provide coverage to 200,000 subscribers for each 200kHz carrier wave.

So the idea is going to be that your service for enabling smart parking meters or motor vehicle tracking or smart burglar alarms will have an easy way to call home, thanks to a service that lives right there on an existing base station.

Why should I care about it?

If you've got a potential IoT use case that involves coverage of very large areas, where it might be impractical – or, you know, totally impossible – to roll your own radio coverage, NB-IoT is a potential life-saver for you, or at the very least, a way around a major headache.

For one thing, it’s not totally ready yet. 3GPP finalized the standard in 2016, but it has yet to become widely available. FierceWireless reported recently that Verizon would test NB-IoT in the US 2018, and that AT&T has “evaluated” the technology but has no immediate plans to deploy it. Huawei is planning to test it in partnership with logistics company DHL, at a site in Liuzhou, China.

It’s also going to compete with other low-power IoT technologies like LoRaWAN (an unlicensed-band standard that uses that LoRa chipset from Semtech) and Sigfox (a proprietary tech that uses the ISM bands.) Reports of interoperability issues between major backers Huawei and Ericsson earlier this year have underlined the competitive nature of the market.