IBM casts Watson as the brains behind IoT

IBM's VP for Watson IoT: "The Internet of Things is really more interesting when it interacts with people." 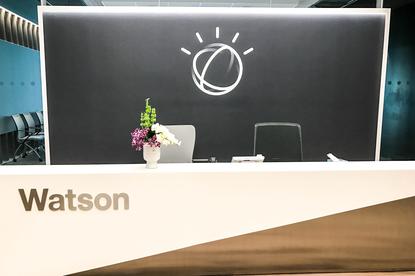 IBM is trying to be the brains behind the increasingly brawny presence of IoT in all corners of the business world, using its AI expertise to offer insight into piles of new data, provision new implementations, and help drive decision-making.

The company thinks that its Watson AI is the ideal back-end for IoT, which is an area that few companies are addressing so directly. There’s a great deal of uptake around technology that connects new devices to the network, but comparatively little that actually does meaningful work on the floods of new data provided as a consequence.

According to Bret Greenstein, IBM vice president of Watson IoT, the technology is the beating heart of the company’s IoT offerings.

“We took Watson and put it at our platform level, we have Watson in our engineering solutions and our operations solutions, we have new stuff that’s just pure Watson, like image analytics and voice and conversation services – because, in the end, the Internet of Things is really more interesting when it interacts with people,” he said.

Predictive maintenance is the big value proposition for IBM right now. Whether it’s gauging time-to-failure for important components on oil rigs, service life among large fleets of cars and trucks or monitoring industrial machinery, the idea is to save money and help make costs predictable. Mapping data onto models and helping to minimize downtime is the crux of the offering.

“For us it’s always been ‘what do the data mean?’ and how do we use it to drive savings, initially, and then use it also to drive new revenue streams,” said Greenstein.

This means that IBM has to show results quickly. “We have very few sort of kicking-the-tires types of projects,” he added. “It’s clear that just getting people to connect their stuff isn’t very game-changing.”

Greenstein said that IBM has long worked with line-of-business decision-makers, not just IT departments, and that this practice has served the company well where IoT is concerned.

“We kind of had all these deep relationships outside of IT,” he said. “And then when we got into the Internet of Things, that’s where we kind of grow our base, the line-of-business buyer.” The company’s GBS consulting arm has been integral to this process, as well.

Companies with “heavy” assets – fleets of vehicles, large-scale industrial equipment, and so on – still make up most of the key verticals for IBM’s Watson IoT offerings, Greenstein said. But supply chain applications, particularly for food producers, are also compelling.

The automotive sector, too, is an important one for IBM. Greenstein said that there are a lot of different applications available for car-based IoT, including vehicle dynamics, self-driving and safety, along with different kinds of informatics and even advertising.

“Watson is key to taking all that information from the vehicle and the environment around it, and gaining insights that can help you drive safer, help manage the vehicle and the experience in the car,” he said. “And then the fact that we can present data to people and provide direct human/machine interface, that opens up all kinds of avenues, whether it’s revenue-producing or higher customer satisfaction.”