ACCC say it is concerned about consumer complaints 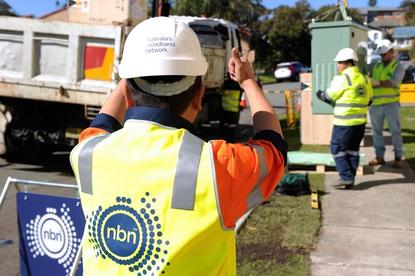 The competition and consumer watchdog announced the new inquiry today, with the ACCC saying it would focus on the services sold by NBN to retail service providers (RSPs). RSPs in turn sell services to end users on the National Broadband Network.

The ACCC said it was concerned about the high number of complaints from consumers about poor customer experience, particularly when it comes to connecting to NBN services and having faults repaired.

It said the inquiry will consider whether it needs to use its regulatory powers to create new rules around wholesale service standards.

ACCC chairperson Rod Sims said many of the problems faced by end users relate to issues set out in the wholesale service standards detailed in agreements between NBN and RSPs.

The Telecommunications Industry Ombudsman (TIO) last month revealed that during FY17, it received 159 per cent more complaints about NBN services compared to the prior year.

The TIO received 16,221 complaints relating to NBN faults and 11,224 complaints about delays in connecting to the new network.

“One of the main focuses of our inquiry will be whether there are appropriate incentives for NBN Co to remedy service failures, along with the adequacy of compensation available to wholesale customers, to ensure consumers in turn are provided appropriate redress when things go wrong,” Sims said.

“While our inquiry will focus on NBN wholesale service levels, we will examine them in the context of the supply chain,” he added.

“We are also concerned that some service levels at the retail level are not enforceable. If we identify other changes to aspects of the supply chain that will improve customer experiences on the NBN, we will certainly highlight them.”

“NBN Co will work constructively with the ACCC on its inquiry,” a spokesperson for NBN said. “We are pleased to see the broad focus of the inquiry on the entirety of the supply chain, including wholesale and retail service levels.”

NBN is currently finalising a new Wholesale Broadband Agreement (WBA) with RSPs that will include service performance commitments for activations and fault restoration, the spokesperson said.

The new WBA includes a new two-hour service level for hand-offs from NBN  to RSPs, a commitment to notifying RSPs within one hour of an connection appointment being rescheduled, and a new service fault rebate for RSPs if NBN doesn’t meet fault restoration performance objectives.

“We remain committed to working with all our RSPs, suppliers and other parties in the supply chain to ensure that end users receive the best possible experience on the NBN network,” the spokesperson said.

“The Turnbull government has abandoned NBN consumers, and the ACCC recognises it needs to step in and fill the void.”

“Retail providers are accountable to their customers and the TIO — but it's not clear who NBN is accountable to," Rowland said. “The company has become a law unto itself and this not sustainable.

The ACCC said it will collaborate with the Australian Communications and Media Authority, which is conducting its own research into problems encountered by end users on the National Broadband Network.

Late last month the ACCC released a draft of its report on the state of Australia’s communications market, which raised the alarm about the economics of the National Broadband Network.