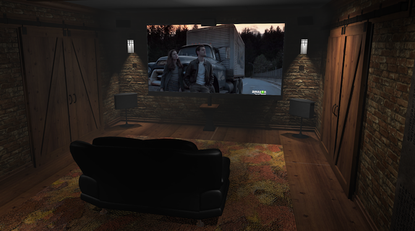 Currently in invitation-only preview mode, Amazon Sumerian allows users to build scenes and import objects in its WebGL and WebVR based editor, and script the logic that controls how objects behave.

Host with the most

After some basic gender, voice and language options, the Hosts can be integrated with Amazon’s automatic speech recognition and natural language understanding engine Lex to understand user questions and Amazon’s Polly so input text can be expressed in a ‘lifelike’ way in response.

Potential use cases suggested by AWS include creating a virtual classroom to train remote employees and onboard new ones, or a virtual environment that enables people to tour a building.

Designing and editing AR and VR applications in Sumerian is free – although you will need to have an AWS account to get started. Users will be charged based on the amount of storage used for the 3D assets stored in Sumerian and the volume of traffic generated by scenes, plus any other services like Lex or Polly that Sumerian Hosts use.

Sumerian is the latest in a trend towards simplifying VR and AR editors for non-experts. In December Unity Labs released its EditorVR to allow users to build and script VR scenes in VR.

Other Unity products are aimed at empowering “artists to create cinematic content and gameplay sequences without the need of an engineer”.

Sumerian “makes it easy to create all the building blocks needed to build highly immersive and interactive 3D experiences [and] does not require specialised expertise”, Amazon said.

The author travelled to AWS re:Invent 2017 in Las Vegas as a guest of Amazon Web Services.