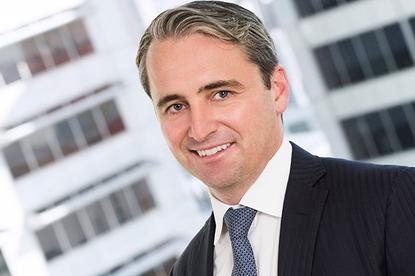 Matt Comyn will replace Ian Narev as CEO of the Commonwealth Bank of Australia, effective 9 April.

Comyn currently heads up retail banking services at CBA, which has been responsible for delivering half of the bank’s profit and is a role that includes oversight of the development of digital products and services.

“The board’s main priorities in selecting the new CEO were to identify the candidate who will maintain the momentum in the business, and address the regulatory and reputational challenges and recognise evolving community expectations,” CBA chairman Catherine Livingstone said.

“The candidate also needs to transform the business and adapt the organisational capability and culture to suit the rapidly evolving competitive and technology-centric environment.”

The bank’s biography of Comyn emphasises his role in the growth of digital channels at the bank, noting that during his time in CBA’s retail banking business the number of digital users grew to more than 6 million (including 4 million daily users of the CommBank mobile app).

From 2006 to 2010 he was managing director of CommSec, which is the bank’s biggest digital business. During his stint leading CommSec he oversaw a significant modernisation of its technology platform, the bank said.

He also helped lead the rollout of the bank’s CRM system, CommSee, which is used by customer-facing and operations teams in the retail and business bank.

“CBA is both a significant Australian institution and a world class bank, with a proud history that has delivered great outcomes for its customers, shareholders and people for decades, and is well positioned to build on that success for many years to come,” Comyn said in a statement.

“I am excited by the opportunity to lead the organisation into this next phase of change and transformation. In terms of outcomes, I believe we can achieve the right balance in meeting the expectations of customers, shareholders and the community, with a sharp focus on our core purpose.”

Comyn said that the last six months have been “very challenging” for CBA, adding: “I am committed to working with the Board, the executive team and our wonderful people to rebuild trust in the Commonwealth Bank together.”

CBA in August revealed that Narev would leave, shortly after AUSTRAC launched legal action alleging that the bank had failed to uphold its anti-money-laundering obligations.