The ATO now holds the voiceprints of one in seven Australians

Some 3.4 million citizens use their voice as a security control when interacting with the tax office 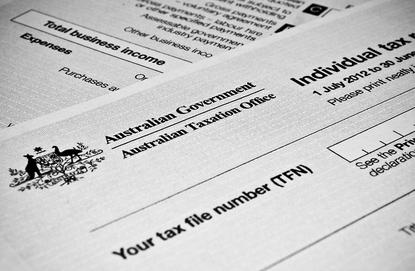 The Australian Taxation Office holds the voiceprints of one in seven Australians, according to figures released to Computerworld.

As of this month, more than 3.4 million citizens have used their voice as a security control when interacting with the tax office, equivalent to the combined populations of Perth, Adelaide and Canberra.

Voice biometrics are used by the ATO across its call centre and mobile app, as part of the identity authentication process.

A citizen is required to repeat the phrase “In Australia my voice identifies me" to prove their identity. Their voice is compared with a stored voiceprint which captures more than 140 unique physical and behavioural characteristics of a person such as length of the vocal tract and nasal passage, the size and shape of the larynx, pitch, cadence and accent.

The comparison produces a confidence score of how closely the caller's voice sample matches the voiceprint.

According to Nuance, the company behind the voiceprint technology being used by the ATO, the technology can detect whether the voice is live or recorded and can't be fooled by an impersonation.

“There is no biometrics system or security system that is 100 per cent fool-proof,” the company states. It is at its weakest with twins.

“The chances that a false accept will occur with a genetically related relative of a similar age and of the same gender is much higher than a false accept with a random stranger, and this probability is heightened with a twin,” the company says.

The ATO has successfully verified more than 4.8 million interactions since it launched rolled out to its call centre in 2015. Voice biometrics were added to the ATO app in 2016, making it the first deployment across call centre and app in Australia. As a result, the agency had shaved 48 seconds off of the average inquiry handling time.

The technology is also in use by the Department of Human Services, for example when citizens call Centrelink.

The voiceprints are encrypted and stored in a secure database behind the firewall, “just like any other sensitive client data” Nuance said. “We do not maintain a repository of voiceprints,” it added.

The ATO has indicated its voiceprint database could be made available, with consent, to other government agencies.

The government’s Digital Transformation Agency is currently working on GovPass, which is intended to make it easier to prove identity when using government services.

The project was revealed in September to be in private beta, although it is not known if voice biometrics will be involved. However, the project has had the input of Australia Post which has worked on a proof of concept integration of its recently launched Digital iD app into the new framework.

The ATO is one of the biggest customers of Nuance’s voice biometrics, others include ICICI Bank, Royal Bank of Canada, Santander, TalkTalk, and Vodafone Turkey.