The ATO and the mystery of the cables

Were the cables flawed or did someone bungle their installation? 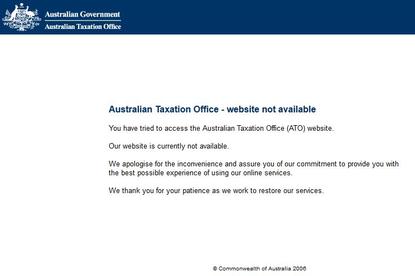 The Australian Taxation Office is still unsure as to whether the cables that have been held identified as a key cause for a crippling SAN outage are defective or whether they had been incorrectly installed.

The ATO is still waiting for a “definitive answer” on the cables, the agency’s chief information officer, Ramez Katf, today told a parliamentary inquiry.

Stressed fibre optic cables were identified to be a “major contributor” to the December 2016 outage of the ATO’s core systems in a mid-2017 report on the incident.  The issues relating to the cabling used by the HP Enterprise SAN were identified as a “key causal factor” of the outage.

Katf said today that the ATO had imposed penalties on DXC, which managed the SAN and the data centre that housed it, in line with the SLAs of the agency’s contract with the company.

The December outage was followed by another major outage in February 2017. That outage was blamed on a data card attached to the SAN being accidentally dislodged during work to mitigate the chance of future outages.

Earlier this year the Australian National Audit Office (ANAO) released the result of its investigation into the outages and the ATO’s response.

The incidents highlighted significant flaws in the ATO’s business continuity planning, but post-outage reviews are helping plug gaps in the agency’s IT resilience, the ANAO concluded.

“Despite limited planning for critical infrastructure failure, the ATO’s responses to the incidents were largely effective, as it worked closely with the contracted ICT service providers to identify the system fault and restore services in line with activation guidelines, but could have better communicated with stakeholders throughout the incidents,” the February ANAO report stated.

Late last year the ATO revealed it had extended its centralised computing contract with DXC until 30 June 2019.

The original five-year contract was signed with HP Enterprise in December 2010 and commenced in July 2013.