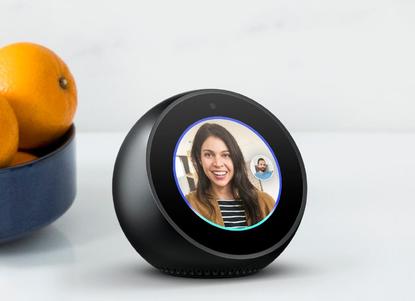 Amazon launched its Echo Spot device in Australia last week, and local companies are already offering Alexa skills that make use of its video interface.

While previous incarnations of the Echo are essentially just a connected speaker and microphone, the Echo Spot has an additional 2.5 inch diameter circular touch-screen and built-in camera.

So how are brands making use of the miniature display?

Sky News, ABC News in Australia and 1 News in New Zealand are all using it to broadcast video ‘flash briefings’ of the news in response to the command "Alexa, what's the news?"

Fox Sports is similarly offering sport round-ups with accompanying video. Commonwealth Bank of Australia is also providing daily market updates from its stockbroking brand CommSec via the screen, in response to the command “Alexa, what’s my Flash Briefing?”

The Westpac banking skill available on the Spot gives customers the option to interact with their finances using voice-enabled commands – after launching the Westpac skill, users can ask things like  “What’s my account balance?” or “What are my last five transactions?” – and the skill can display the information requested on the device’s screen.

Users can use the touchscreen to toggle through their linked accounts.

“With 85 percent of Westpac customers who own an Alexa device using it to access their account balances, we wanted to evolve this feature to suit the new digital touch screen,” said Martine Jager, chief digital and marketing officer at Westpac Group.

“Voice and video technology is paving new ways for us to help our customers in the moments that matter to them. It won’t be long before we will be enabling banking transactions via voice, letting customers make purchases,” Jager added.

Surfing app Coastalwatch – which provides detailed surf condition, weather forecast and tide times for 103 locations around Australia – has also made use of the Spot screen, using it to display related icons.

The Echo Spot’s screen is also used by home security camera apps like Nest Camera or Arlo, so users can say the command "Alexa, show the backyard camera" and have the feed of a connected camera displayed on the Spot.