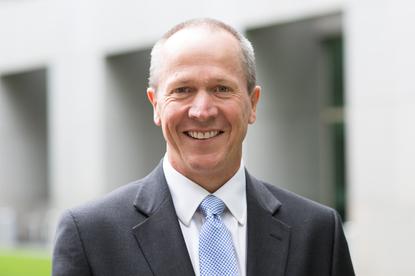 The CEO of the Digital Transformation Agency (DTA) is departing from the role next week.

Gavin Slater joined the agency, the successor to the Digital Transformation Office, in May last year.

He joined from NAB where he held senior roles for more than a decade, including as group executive, personal banking before his departure as part of a leadership reshuffle.

“Under Mr Slater’s leadership, the DTA has delivered a number of key achievements, including developing a robust framework for digital identity and establishing a Digital Investment Management Office to advise ministers on ICT investments,” Keenan added.

Replacing him in the position is Randall Brugeaud, currently the deputy Australian statistician and chief operating officer of the Australian Bureau of Statistics.

“I am confident that Mr Brugeaud’s knowledge of the challenges and opportunities of digital transformation, combined with an ability to work effectively across government, make him ideal to lead the DTA as it develops and grows into its next phase,” Keenan said.

Brugeaud, formerly CIO of the then Department of Immigration and Border Protection, filled in as acting CEO of the DTA earlier this year when Slater went to the US on a somewhat controversial trip.

In April, Slater embarked on a privately funded, seven-week executive education program at Harvard University in the US. The trip raised some eyebrows as it took place in the middle of preparations for the government’s May budget and meant Slater was absent for two Senate Committees.

InnovationAus in March raised doubts about if Slater would be returning to the DTA at all after the trip. This was later denied by Brugeaud when he faced senators as the DTA’s most senior representative in May.

Slater was the DTA’s first CEO after it rebranded from the Digital Transformation Office (DTO). The name change also saw the agency absorb ICT policy and ICT procurement functions which had been overseen by the Department of Finance.

The inaugural CEO of the DTO, Paul Shetler quit in November 2016 over a “fundamental disagreement” with then Assistant Minister for Cities and Digital Transformation Angus Taylor.

“It has been a privilege and an honour to lead the Government’s digital transformation during this period, making information and services for all Australians simple, clear and fast,” Slater said in a statement today.