Mixed results for teams competing in the Montreal RoboCup2018 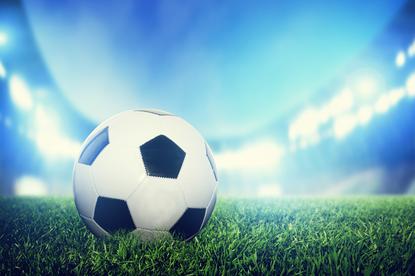 While Australia’s flesh and blood soccer team retains a slim hope of reaching the final of the FIFA World Cup in Russia, that dream is sadly over for their robotic counterparts that competed in Montreal this week.

The international RoboCup event has been running since 1997, and sees robots of all different shapes and sizes compete at five-a-side soccer. RoboCup 2018 this week saw a number of Australian teams head to Canada to take part.

One of Australia’s best hopes for victory came from UNSW’s rUNSWift team, which was competing in the ‘standard-platform’ category.

In the category teams use the same hardware – a Nao humanoid robot from SoftBank – to play five-a-side soccer on a six-metre by nine-metre field. The competition is centred around creating the best software for the fully autonomous bots.

The rUNSWift team took the world title in 2014 and 2015, was knocked out early in the 2016 competition and last year made it to the quarter finals.

This year rUNSWift again made it as far as the quarter finals where they came up against the HULKs team from the Technical University of Hamburg in Germany. Despite drawing 2-2, the UNSW ultimately lost 2-4 after a penalty shoot-out.

The standard-platform competition was won by the Nao-Team HTWK from the Leipzig University of Applied Sciences in Germany who beat another German team, B-Human from the University of Bremen, 1-0 in the final.

MiPal – an Australian-Spanish team featuring students from Griffith University – failed to make it past the group stages.

UNSW did have better luck in a splinter, mixed competition, however, in which two teams join forces and field a combined set of robot players. Teaming up with B-Human to form B-Swift, the Australian-German team beat DoBerMan – the combined team from Nao Devils (from the Technical University of Dortmund ) and Berlin United (from Humboldt University Berlin) – three goals to nil.

More progress was made by the University of Newcastle’s NUbots team who were competing in the ‘TeenSize’ soccer competition. The Newcastle team used software they had developed running on bots 3D printed on campus using carbon fibre and onyx materials.

The ‘Adult Size Humanoid’ competition league this year was won by the University of Bonn’s Nimbro team which beat the Sweaty team from University of Applied Sciences Offenburg, Germany, 2-0.

The Nimbro team had constructed a new robot for the competition – NimbRo-OP2X – which had more compute power than previous efforts, a new generation of actuators, and 3D printed gears.

“Both teams had very capable robots, which often blocked each other from kicking, but our robot NimbRo-OP2X had slight advantages in one on one fights,” explained Professor for Autonomous Intelligent Systems, University of Bonn Sven Behnke.

It is this class of robots that has the best chance of meeting the RoboCup organisor’s ultimate, audacious ambition: that by 2050 “a team of fully autonomous humanoid robot soccer players shall win a soccer game, complying with the official rules of FIFA, against the winner of the most recent World Cup”.

“This goal may sound overly ambitious given the state of the art of technology today. Nevertheless, we believe it is important that such a long-range goal should be set and pursued. It took only 50 years from the Wright Brothers’ first aircraft to the Apollo mission, to send a man to the moon and safely return him to the earth,” they said.

As well as the soccer competitions, the RoboCup pits bots against each other in a number of other challenges in different settings.

One of them, the RoboCup@Home league, is the largest international competition for autonomous service robots and scores bots on a range of factors such as human-robot-interaction and cooperation, navigation and mapping in dynamic environments, computer vision and object recognition.

This year the UTS Unleashed! team from UTS was placed second in the Domestic Standard Platform competition, in which all teams build their bot on a Pepper robot, made by Softbank Robotics.

“We scored the highest number of points in one of the challenges across all challenges and all teams. And we beat last year’s champions and the leading robotics lab at Carnegie Mellon University,” she added.

The team was successful across a series of rounds including their robot – named Banana Habanero – playing a game of Blindman’s Bluff with humans, taking drink orders at a cocktail party, undertaking a range of tasks in a home setting including navigating hallways where humans enter unexpectedly, and identifying and finding objects to help humans.

Next year’s RoboCup will be held in Australia, at the International Conference Centre (ICC) in Sydney.