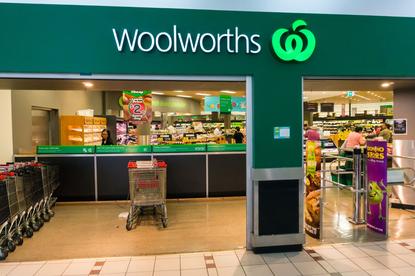 Woolworths CEO Brad Banducci says continuing the implementation of JDA’s supply chain management platform will be the “big IT initiative” for the retailer following the completion of its 1Store program.

The CEO said the IT highlights for Woolworths in FY18 were upgrading the wireless networks in stores across the country and completing the implementation of the supermarket chain’s 1Store program of rolling out new point of sale, ticketing system and inventory systems.

“Now that we’ve done 1Store we’ve pivoted to JDA, which will help us be a lot better at forecasting and managing our sheds,” Banducci told Woolworths’ full year results briefing.

1Store was an “enormously important strategic initiative,” the CEO said. At its peak in FY18 it had 350 staff rolling it out, he said, representing a “ginormous” opportunity cost for Woolworths’ tech team.

“We really want to focus now on clearly getting the benefits from that.”

Another material technology investment Woolworths has made over the last couple of years is in its heavily automated Melbourne South Regional Distribution Centre (or MSRDC).

Banducci said there will be “some challenges” as the supermarket chain runs both its Hume distribution centre and MSRDC in Victoria at the same time until fully switching across to the new facility in July next year.  “But the potential for us in what this can do in simplifying our instore processes is very exciting,” he added.

Woolworths is continuing to invest in digital and data, Banducci said, primarily through its WooliesX arm — which launched last year.

The investment is an “incredibly important” part of the retailer’s business, not just because of its role in driving sales but also because it is transforming Woolworths’ core processes, he added.

He said the retailer had made “good progress” on WooliesX, with the move to a dedicated headquarters in Sydney’s Surry Hills aiding it in the recruitment war for data scientists and digital talent. WooliesX is being replicated in New Zealand (as “CountdownX”), albeit on a smaller scale, the CEO added.

WooliesX’s achievements include the roll out of ‘pick up’ nationwide as well as the launch of new customer fulfilment centres in Sydney and Melbourne to help improve home delivery.

“Increasing personalised engagement with our customers has also led to an increase in Rewards members to 10.9 million at the end of June,” Woolworths said.

Woolworths reported a net profit after tax of $1.7 billion, up 12.5 per cent.