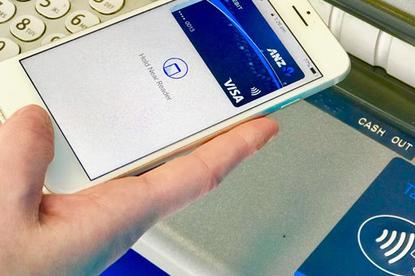 Customers of ANZ will be able to use a mobile device equipped with Apple Pay, Samsung Pay, Google Pay, Garmin Pay and Fitbit Pay to withdraw cash from some ATMs, the bank announced today.

The bank said that some 2400 ATMs now support the use of mobile devices for cash withdrawals via a contactless reader.

“With the high adoption rates of contactless payments in Australia, our customers will be some of the first in the world to use their mobile devices to withdraw cash in addition to making payments. We know this is something our customers will appreciate,” ANZ customer engagement lead Kath Bray said in a statement.

The bank said that more than 1 million of its customers are using digital wallets in conjunction with an ANZ card.

In addition to withdrawing cash, ANZ customers can use their mobile devices to change PINs, make deposits at the bank’s ‘SMART’ ATMs, transfer funds and check their balance.

ANZ is the only one of Australia’s big four banks to support Apple Pay, supporting the iOS service since April 2016.

Rivals CBA, Westpac and NAB banded together seeking Australian Competition and Consumer Commission blessing to temporarily act as a cartel in negotiations with Apple over its digital wallet — but the attempt was squelched by the ACCC.

ANZ is currently engaged in a significant internal transformation program dubbed ‘New Ways of Working’. That program has seen more than 3000 of its employees shifted into agile teams.

Earlier this month the bank revealed it had partnered with Atlassian and would use the software vendor’s collaboration and development tools, as well as take advantage of the company’s agile-working expertise.