More than $300,000 was allegedly shifted to cryptocurrencies 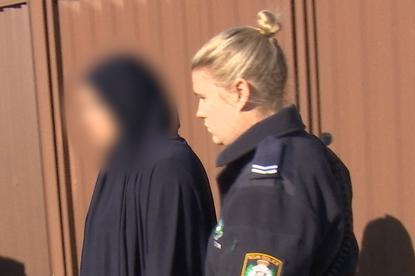 NSW Police said a 32-year-old man and a 29-year-old woman were arrested following the execution today of a search warrant at a home in Wiley Park in south-western Sydney.

The arrests follow investigations by conducted by Strike Force Breabank, which was established in March by the State Crime Command’s Cybercrime Squad.

Police say they found 45 companies that had been created as part of the alleged fraud scheme and “numerous” bank accounts that received cash deposits.

More than $300,000 was allegedly shifted to digital currency, and “distributed into cryptocurrency accounts offshore,” police say.

“The semi-anonymous and decentralised nature of many cryptocurrencies make it desirable for criminal activity, particularly for those groups who are operating offshore,” said Detective Superintendent Arthur Katsogiannis.

“While there are various levels of regulation across the globe, cryptocurrency exchanges in Australia come under the scrutiny of AUSTRAC, which strengthens our capability to monitor and investigate illicit transactions.

“The sharing of financial intelligence and information of all currencies can only help to minimise the risk of criminal groups conducting ‘business’ without detection.”

A 2016 review of the nation’s anti-money laundering laws found that the features of bitcoin and other digital currencies “make them attractive to individuals and businesses who wish to utilise them for both legitimate and illegitimate purposes”.

The review highlighted that key legislation — the Anti-Money Laundering and Counter-Terrorism Financing Act 2006 — covered ‘e-currency’. However, the definition of e-currency only captured digital currencies that were backed by some kind of physical thing, such as a precious metal.

In 2017 the government introduced legislation to close what said was a “regulatory gap”, bringing businesses that deal with the exchange of digital currencies such as bitcoin within the purview of Australia’s anti-money-laundering rules.

The new laws took effect in April 2018 (with a transition period until May).

“AUSTRAC now has increased opportunities to facilitate the sharing of financial intelligence and information relating to the use of digital currencies, such as bitcoin and other cryptocurrencies, with its industry and government partners,” AUSTRAC CEO Nicole Rose said at the time.

“The information that these businesses will collect and report to AUSTRAC will have immediate benefit in the fight against serious crime and terrorism financing.”

Earlier this month detectives of the Cybercrime Squad busted an alleged fraud ring they claim netted more than $3 million through business email compromise.