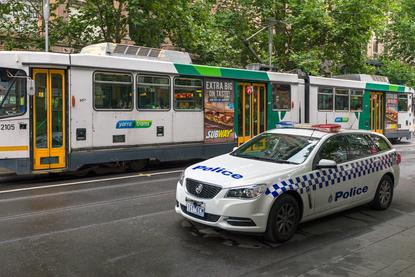 The roll-out uses cameras fitted within the cars linked to a cloud-based number plate recognition system to “rapidly scan through thousands of vehicle number plates to identify dangerous and unauthorised drivers in real-time” Motorola said.

The cameras also collect high quality video and audio recordings which can be submitted as evidence in court.

The recordings “increase protection and accountability for interactions between police and the public” Motorola explained.

Motorola Solutions is behind the state’s Metropolitan Mobile Radio network for first responders, and its Metropolitan Data Network (MDN).

Sheriff’s officers in Victoria – responsible for enforcing warrants and orders issued by the courts – already use ANPR technology. Their cameras are used in car parks and at road block operations and if a match is made software notifies the officer and records the time, date, location and number plate.

Last year Victoria Police signed a deal with SAS Institute Australia to give officer’s access to a new software platform that will let the force’s 600+ crime analysts query and integrate results from discrete police databases.

“Solutions like this have been proven to increase accountability and even make individuals modify their behaviour when they know they are being filmed, contributing to greater safety for all road users and police officers,” he added.

The technology investments are each part of Victoria Police’s Capability Plan 2016-2025 and Blue Paper: A Vision for Victoria Police in 2025, which outline the force’s service delivery transformation.