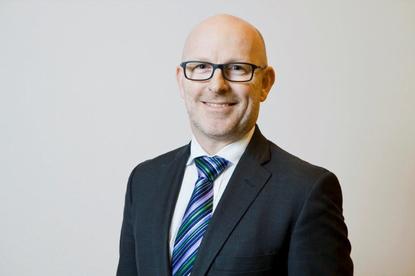 The new system will see market participants run a DLT 'node', giving them access to essentially the same ledger held by the ASX and all other participants.

"If you actually boil down the challenges we've got in the post-trade environment in Australia; it's really one where there isn't a reliable, near real-time, complete, accurate source of truth that different participants can rely on. There is in a sense with CHESS but that's within our four walls today," explained ASX CIO Dan Chesterman to an audience at the Gartner Symposium on the Gold Coast on Monday.

At present, "no-one is really up to date except for us" he added.

CHESS's "once in a generation" replacement – operated by ASX on a secure private network where all participants are known and ‘permissioned’ – means all users will have a single source of truth.

"We're not trying to solve a trust problem; people do inherently trust the ASX to be the source of truth for the data that's in CHESS. So really what we're implementing is a solution that solves a data synchronicity or data harmonisation problem," Chesterman said.

Implementing the new system is a huge feat, not just for the ASX, but all participants. The plan is to have the DLT-based system – developed by US software firm Digital Asset – in production by March or April 2021. That 'Day 1' has already been pushed back, and some planned features saved for a later date.

But implementing the system is not the end game. It is just the beginning, Chesterman explained: "It's an option play."

Soon after the 2021 cutover, those running nodes (there will also be the option to conduct message-based transactions in a similar fashion to CHESS for those that don't) will be in a position to gain significant business benefits, Chesterman said.

"There will be the creation of business value for those customers who have taken nodes and taken the step of more deeply integrating it into their processes. Ultimately there will be the potential for there to be multi-party workflows which mimic more the workflows that happen in the real world," he said.

"Those customers that have taken nodes will be operating on a coherent data model with near real-time, source of truth data they can rely on and with one modelling language which is purpose built for contracts and obligations. Which means not only can I be confident I've sent you data that you're going to understand as being the same data, but you're going to act on it in a predictable way," Chesterman added.

Participants will be able to create apps based on the ledger, using Digital Asset’s DAML SDK. DAML is Digital Asset Modeling Language, a “smart contract-like” language and tools. Unlike many other smart contract platforms, DAML-written agreements don’t need to be shared across multiple nodes in a network and their terms can remain private.

“Processes and services can be built to operate multilaterally across the system – that is, between one participant and another, not just between a participant and ASX,” ASX CEO Dominic Stevens said in August.

“This means you can create multi-party automated and simplified workflows across industry participants, not just within one. This allows significant service innovation for the market,” he added.

Among those innovations could be artificial intelligence and machine learning, Chesterman said.

"Data which you can rely on which is a single source of truth which can really be mathematically provable to be right and in synch, is a much better basis for AI than the current set up which is if you like fragmented data. A well deployed DLT solution for a network could actually create the building blocks for better AI," he said.

In time, nodes could be made available to a wider range of customers and participant, Chesterman said.

"Ultimately I can see that we could then offer nodes to other people who are potentially intermediating customers for us today – that could be an asset manager, a regulator, a registry, any of the other participants in our ecosystem which is actually quite broad," he explained.

"And at the end of the day the whole financial markets infrastructure exists ultimately for two people: the issuer, the companies that are looking to raise capital, and the investor, who are looking for places to deploy their capital. If we keep focused on those two, I think there is a real opportunity for the harmonisation and synchronisation of processes and data within that broader ecosystem," Chesterman continued.

Although the ASX is "very focused on Australia and New Zealand" Chesterman acknowledged that many of its customers are global. The company was keen to avoid something akin to the "VHS, PAL, Betamax, NTSC wars" between the different DLT systems of different exchanges. Given the multiple markets its customers are situated in "there will need to be a degree of interoperability, so we don't create geographic separation" Chesterman said.

DLT is being considered by other exchanges, including the Abu Dhabi Securities Exchange, and the Shanghai Stock Exchange, the world’s fourth largest, which announced plans to use DLT in July.

"It's part of the role of the exchanges and the technology providers to make sure we head that off at the pass, because it is a solvable problem," Chesterman  added.

He also hinted at the potential of the ASX supporting 'tokenisation'. In July, Switzerland's principal stock exchange announced a DLT-based service for the issuing and trading of digital assets, and enable the tokenisation of existing securities and non-bankable assets "to make previously untradeable assets tradable".

"Certainly as we look forward, and maybe not in cash equities, but in other use cases and other products, there is the potential for tokenisation or decentralisation, which aren't part of the current use case or solution," Chesterman said.

The author travelled to Gartner Symposium as a guest of Gartner.