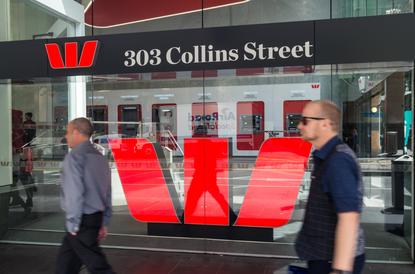 In June the bank revealed details of its shift to a dual-site “offsite private cloud” built and operated by IBM from the vendor’s Australian data centres. Westpac has said it plans to next year incorporate public cloud into what it has described as “hybrid-platform-as-a-service”.

Cloud is helping Westpac rationalise its applications, with 69 ditched so far. “We have also migrated over 100 applications into the new cloud environment, which dramatically lowers storage costs and setup times,” the CEO said.

The bank has also launched an internal API platform, which Hartzer said was helping speed-up application development and testing.

The bank’s technology transformation is “now moving from the build phase to the rollout phase,” the CEO said.

“The bigger savings will drop progressively over the next years as we roll out the Customer Service Hub, leverage Panorama, retire old platforms and harvest the middle- and back-office benefits that come from product simplification and automation.”

Four years ago the bank launched a push to simplify and modernise its technology platform. A key focus of its One Bank Platform initiative has been the ‘Customer Service Hub’, with Westpac in November announcing it had processed the first home loans through the hub.

During FY18, the bank registered a number of other customer-facing milestones as part of its modernisation program, including rolling out support for the New Payments Platform.

Westpac has “substantially upgraded” its cyber security environment and also launched a new “big data analytics platform,” Hartzer said. The bank is currently staging a pilot of a new desktop and HR system environment that will “materially improve efficiency for our staff and our managers,” he said.

In FY18 Westpac managed to cut $63 million from expenses associated with its technology and operations platforms through “modernising systems, automating processes and reviewing and renegotiating contracts,” Hartzer said.

The migration to digital channels helped Westpac cut a further $61 million in costs.

“The biggest driver has been the reduction in paper costs over the last 18 months through a shift to eStatements and digital documents,” the CEO said. “In total we’ve taken out over 30 million pages or 500 tonnes of paper.”

The bank today announced a flat result for the 12 months ended 30 September, with reporting a statutory net profit of $8.1 billion, up 1 per cent.

“While the economic environment remains supportive, this result reflects the tough operating conditions for banks, with higher regulatory, compliance, and funding costs, and increased competitive pressure, particularly in the second half,” Hartzer said in a statement.