Superloop to be inaugural P2 customer 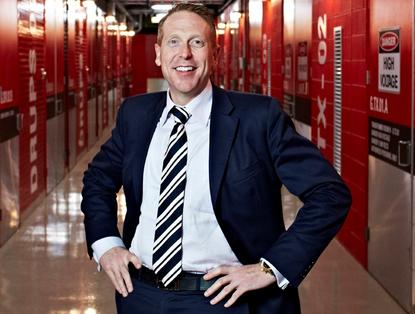 Connection to the INDIGO subsea cable system will be offered from NextDC’s P1 and P2 data centres in Perth as well as its Sydney S1 and S2 facilities.

NextDC announced today it had reached an agreement with Superloop, which through its acquisition of SubPartners is part of the INDIGO consortium, along with AARNet, Google, Indosat Ooredoo, Singtel, and Telstra.

In September, the first section of INDIGO West landed at Floreat Beach in Perth. In October, Superloop announced that INDIGO Central had landed at Coogee Beach.

The INDIGO cable system, which will offer 36 terabits of capacity, is expected to be ready for service in the second half of FY19.

NextDC said today that Superloop would be the inaugural customer at P2, which is currently under development.

“Our partnership with Superloop provides our customers access to the most direct connectivity between Perth and Sydney, and the fastest gateway into Singapore - via a simple Cross Connect,” said the data centre operator’s CEO, Craig Scroggie.

“Having Indigo as our first P2 customer underlines the ever-increasing importance of cloud-to-cloud connectivity, whether national or international, and supports Perth’s acceleration towards a cloud-based economy.”

Addressing NextDC’s AGM today, Scroggie said that in FY18 the company “continued to show great momentum across the business, with our customer numbers up 26 per cent and interconnections up 37 per cent”.

During the year NextDC increased contracted utilisation by 8.7 megawatts to over 40.2MW, the CEO said. NextDC also reported a 37 per cent growth in cross connects to 8700 by the end of its financial year. In FY18 revenue increased 31 per cent to $161.5 million, with underlying EBITDA up 28 per cent to $62.6 million.

Yesterday NextDC announced it would increase the initial planned capacity for S2, which is scheduled to open in 1H19.

“The data centre industry is experiencing unprecedented acceleration to support the extraordinary shifts to cloud, the internet of things, artificial intelligence and other exponential technologies,” Scroggie said in his remarks prepared for the AGM.