Telstra to be Arduino’s exclusive telco partner in Australia 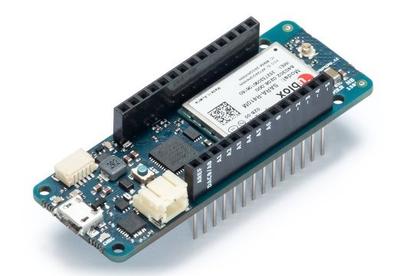 Telstra will distribute the upcoming Arduino MKR NB 1500 IoT developer board in Australia.

The partnership, revealed last week, means Telstra will be the exclusive telco distributor for the open source board in Australia. The board, which will be sold with an M2M Telstra SIM, supports both Telstra’s Narrowband IoT (NB-IoT) and LTE Cat M1 networks.

Telstra said that it will be available in “early 2019” from the telco’s online developer portal.

“Our partnership with Arduino brings to life hardware that enables quicker and simpler onboarding of devices,” the CTO wrote. “Paired with our IoT connectivity and reach, you can now build and embed sensors to enable devices to collect, send and even act autonomously on data they acquire from their surrounding environments or one another.

Rival telco Vodafone also offers NB-IoT support in some areas, but does not support Cat M1.

In August, Telstra offered details of a collection of new location services aimed at consumers, SMBs and enterprises.

The consumer- and SMB-focused focused Telstra Locator consumers and Track and Monitor, which is built for enterprises, rely on a blend of wireless technologies and will eventually offer Cat M1 support.

Last month Telstra was hit by a major outage of M2M services.