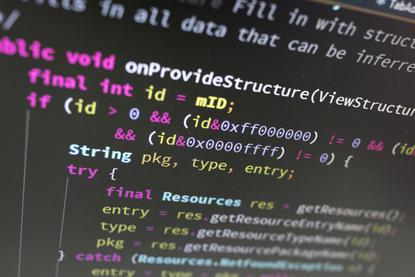 Open source has come a long way from invisibly powering the vast majority of the internet for quite some time, and it seems many of the big software vendors are now sold on the model.

Microsoft's CFO Amy Hood even candidly explained that the company's GitHub purchase was as much about giving Microsoft access to community as it was about technology.

One key theme coming out of the major open source companies this year has been the notion of open infrastructure - creating a collaborative model that could function as a base for businesses to develop on top of, much like how the digital economy relates to the internet.

We expect that to continue in 2019, alongside developments with containers, composability and edge computing.

Here, we asked industry experts what they expect to see from the open source community in 2019.

The move to microservices and open technologies like containers - Docker and Kubernetes in particular - are helping businesses package up their legacy applications and put them in the cloud.

Recent estimates from 451 Research noted that the container market, even in the early days of the space, suggested enormous growth, with application containers set to become a US$2.7 billion market by 2020.

The 451 Research report can probably be considered a conservative estimation now, with Docker driving forward its pivot to the enterprise - and considering the popularity of the Google-born Kubernetes container orchestration system, the cash value of the market probably does not reflect usage.

Not only is Kubernetes adoption growing quickly in the developer world, it is also increasingly informing major enterprise purchasing decisions (see investment - below) such as VMware buying Heptio for a cool half billion dollars.

There were some interesting developments at the Openstack Foundation in the container space too, with the Intel - and Huawei - backed Kata containers release, which act like lightweight VMs, wrapped with an additional layer of security.

And of course Amazon Web Services (AWS) announced the KVM-based Firecracker in November, also offering a lightweight virtualisation model for secure serverless computing, which promises better security without having to trade in performance.

COO of the Openstack Foundation Mark Collier notes that 75 percent of organisations are contributing to, as well as consuming, open source. He claims that there is a "growing resentment towards the big three" cloud providers among open source developers and startups.

"Many feel that the substantial commercial rewards these large players are reaping don't match up with the upstream contributions from these users," says Collier.

"This will reach a boiling point but I predict that the move to create more restrictive licences, e.g. Redis, will ultimately fail as a countermeasure.

"Instead the big three will keep opening up piece by piece - e.g. AWS Firecracker. Other communities will spring up to fill in the gaps, making a fully open source infrastructure possible all the way from bare metal up through serverless."

"Open source is quickly becoming a necessity for success as enterprises are realising the benefits it can bring from a technological perspective, as well as providing a cost-effective option in comparison to proprietary alternatives," he says.

"New waves of innovation will be powered by software that builds upon a collaborative effort, not just from one company, but from a community focused on improving the entire landscape."

Western Digital's CTO, Martin Fink, believes that next year will lead to the development of truly open composability - where, in short, organisations are able to run compute, network and storage on the same device with simplified workload provisioning.

"Although 'composability' is not a new term, in 2019 we will see open composability versus today's inflexible, proprietary solutions, come of age and start to go mainstream," Fink says, "as organisations look to build composable infrastructures on open standards, to allow for specialised configurations that are specific to their workloads and address diverse data."

However, warns Thierry Carrez, VP of engineering at the Openstack Foundation, the "extreme composability of software" also comes with security costs.

"There has been a push in recent years to compose software on top of tons of micro-dependencies - containers, libraries etc - that get automatically combined by performant CI/CD frameworks," he tells Computerworld UK.

"While that is extremely convenient and powerful for developers, it simultaneously creates significant security challenges... Those challenges are becoming more apparent every day, the latest example being this small NPM library taken over by a malicious author to deploy bitcoin-mining software.

"As such I expect a new 'lean trusted dependencies' model to emerge, maybe not next year but definitely in the coming years."

Although the GitHub and Red Hat buys were arguably the most talked about acquisitions in the open source space last year, there were other notable purchases too.

If three is a trend, then it is safe to say the big established vendors buying open source outfits is firmly a trend.

VMware paid US$550 million for Heptio, which the company said would 'harden upstream Kubernetes' and allow VMware to "further engage the open source community" - probably an astute decision as the pendulum swings over to containers rather than virtual machines.

Salesforce, meanwhile, completed its acquisition of integration specialist Mulesoft - leading to another interesting partnership down the road between Docker and Salesforce that allows enterprise customers not only to port legacy applications over to new architectures in a containerised form but to retrieve data from those legacy applications as well.

Could Docker be up for sale? The container vendor's relatively new CEO Steve Singh was unsurprisingly quiet on revealing any upcoming partnerships but did stress the firm's commitment to the enterprise market, and on pushing a collaborative approach with other vendors and technologies including Kubernetes, and that an IPO will be on the table.

Docker could be a firm proposition for one of the big players.

Sacha Labourey, the CEO at CloudBees, expects that the vendors' open source shopping spree has left Google, which he had earlier expected to acquire Red Hat, somewhat lacking, noting that Google's last cloud acquisition dates from 2016 in Apigee.

But, Labourey suggests, the arrival of incumbent Google Cloud CEO Thomas Kurian - who had previously been at the M&A-friendly Oracle for more than two decades - suggests that there might be some movement from GCP in the open source market.

Kurian differs to former GCP CEO Diane Greene in that the latter had to focus her energy on foundational work rather than acquisitions.

"My prediction is under Kurian, Google will acquire at least five companies in the first nine months of 2019," says Labourey. "If they don't, Kurian will leave the company fast.

"Since Red Hat has been acquired, Pivotal becomes the next attractive target, with strong products and cultural assets - key elements of digital transformation.

"In the next nine to 24 months I predict that either the Dell/EMC/VMware mothership will accept to sell Pivotal for a hefty amount, could be to Google, or will be merged back into VMware.

"As this is a stack war - my bet is that VMware will want that asset to be directly aligned to their strategy. Maybe all of VMware and Pivotal will make it into a single Dell ship."

While not every business is a software company, as the famous quote goes, those that want to be ahead of the curve most certainly are leaning that way.

As the industrial internet becomes more intertwined with our daily lives, a solid understanding of software and especially open source will become crucial for shaping businesses.

"We are seeing companies benefit when their employees take advantage of the thriving, solutions-oriented community," says Canonical's Fabel.

"From self-driving cars to medical robots, smart cities to data centres - the solutions to these problems are not something we want to trust to a select amount of companies."

Take the Linux Foundation-backed 'LF Energy' initiative for example - some corners of the open source world are starting small but thinking big, and it doesn't get much bigger than tackling climate change with more efficient, open, software standards.

Red Hat and Canonical are just two of the open source titans that are taking remote site and edge computing incredibly seriously.

Openstack is also pivoting in that direction, having been established as not only ready for telco deployments but instrumental to many of them at scale.

Now, the phrase edge is somewhat imprecise, but it can loosely be defined as distributed networks where the compute is delivered closer to the use case.

This will be de rigour for certain types of computing once 5G spectrum has been allocated and the networks deployed, because it will allow for a much speedier form of mobile computing that will enable more bandwidth to be carried to and from devices - and with edge cases like autonomous cars where latency is important it will make more sense to have the compute performed as close as possible to the edge.

Open source will be instrumental in forging standards for edge computing because this base network layer will be utilised by so many different devices that will need to interact with one another. That's the 'open infrastructure' piece again.

Telco consultant TEOCO's Gavin Hayhurst adds that that many telcos are still struggling to find the business case for open source-driven network function virtualisation, although they are increasingly aware of the benefits of it.

This means that while telcos will be considering adoption it's likely they'll be waiting to see the outcome of trials in other industries first.

"Facebook changed the fixed-line data centre market with its Open Compute Project, and many telcos are tipping open source to have a similarly revolutionary effect in their industry," says Hayhurst.

"But in the meantime, the business case for offering SD-WAN to enterprise customers is clearer, and it will provide a stepping stone for many telcos who are not quite ready to take the leap to offer fully virtualised networks."

As companies like Waymo and Uber race to get autonomous vehicles road-ready and governments acquiesce to providing lanes for experimental autonomous fleets, it's clear as day that driverless cars are on the horizon.

Open source will likely have an important role to play here as well, not only with the edge devices and 5G networks to transmit and receive data, but within the cars themselves.

Britain's mapping agency Ordnance Survey for example, was a founding member of the Autoware global user group - a pitch at open source self-driving vehicle software based on the Robot Operating System (ROS) framework.

"In December 2018 the Autoware global user group expanded via a foundation of major tech players including LG, Intel and Huawei," says O'Reilly.

"This expansion and the open nature of it, and the 2019 launch of Amazon's Deep Racer - a miniaturised fully autonomous vehicle kitted out with machine learning - will enable easier access to platforms in 2019.

"This will grow the number of developers and innovators contributing to intelligent autonomous systems in at a greater pace than originally expected."